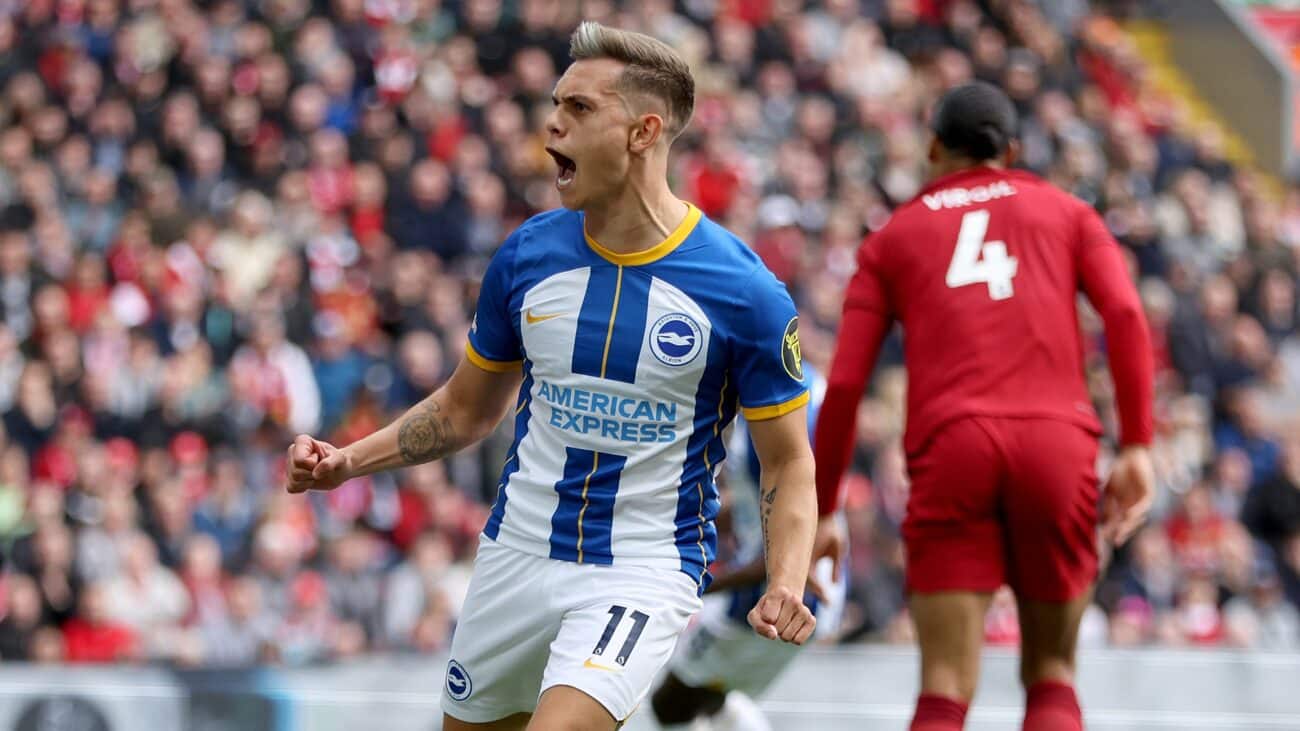 Brighton forward, Leandro Trossard, netted a hat-trick as they held Liverpool to a 3-3 draw in the Premier League on Saturday.

The Seagulls stormed into a two-goal lead before Jurgen Klopp’s men mounted a comeback.

Roberto Firmino scored a brace to put Liverpool back on level terms, before an Adam Webster own-goal completed the turnaround.

However, the drama didn’t end there as Trossard scored his first-ever Premier League hat-trick, all with his weaker left foot, to earn a share of the spoils in the North West.

It was a result that kept Brighton in the top four, while Liverpool remained in 10th with just 10 points from their opening seven league games.

Trossard also became only the third player to score a Premier League hat-trick at Anfield after Peter Ndlovu and Andriy Arshavin, and the 11th to net a treble against the Reds since the division’s introduction in 1992.