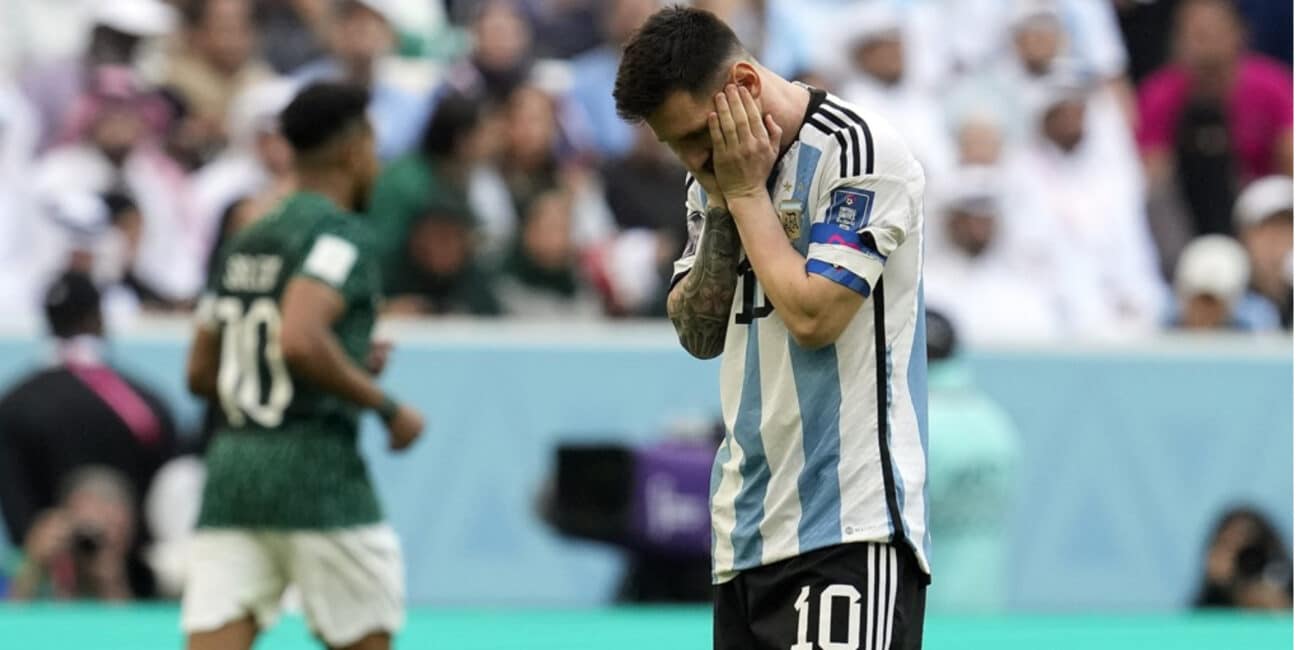 Saudi Arabia have recorded the first major upset at the 2022 World Cup, with a 2-1 win over Argentina on Tuesday.

Herve Renard’s men did not start the game on a good note, as a Lionel Messi penalty saw Albiceleste take the lead within 10 minutes.

However, Saudi Arabia scored twice within nine second-half minutes, to record a stunning result at the tournament.

It was incredible scenes at Lusail Iconic Stadium as Saudi Arabia held on to beat Argentina in what has to be one of the biggest upsets ever in the history of the World Cup.

It was all going according to plan at half-time as far as the World Cup favourites were concerned, deservedly leading through Messi’s early penalty.

However, two goals in quick succession at the start of the second half from Al-Shehri and Al-Dawsari turned the game on its head, with Saudi Arabia holding on for a famous win and just their second ever in the tournament.