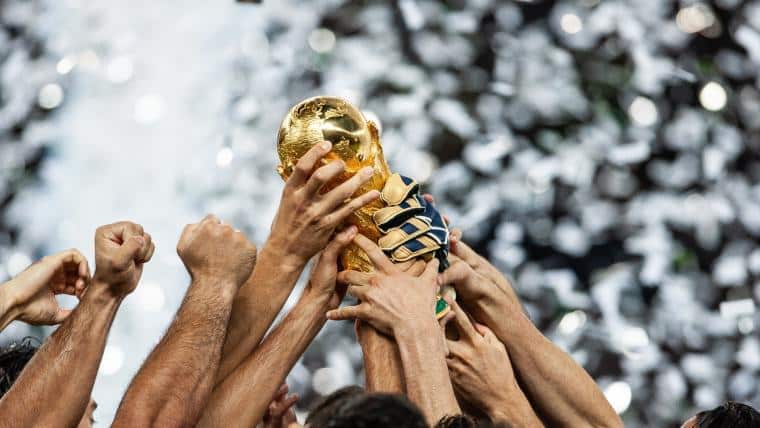 The year 2022 was a year filled with amazing football stories which made headlines in almost all major newspapers in the world.

We take a look at the stories to remind football fans of the awesome entertainment they derived from the sport in 2022, which will give them a glimpse of what’s to come in 2023.

The Super Eagles of Nigeria failed to qualify for the Qatar 2022 World Cup when they drew goalless against Ghana in Kumasi and drew 1-1 in Abuja, Nigeria. Arsenal midfielder Thomas Partey scored the goal that took Ghana to Qatar while an equaliser by Williams Troost-Ekong was not enough to earn the Eagles a spot in the tournament. That made it the seventh time they would fail to qualify for a World Cup tournament.

A move to England for Erling Haaland always felt like being a matter of time, and Manchester City won that particular transfer lottery in 2022. The prolific Norwegian could be the bargain of the season at £51 million, with his track record suggesting that he will have rival defenders running scared. He remains top of the scoring charts on 18 goals in just 13 games before the Qatar 2022 break.

Real Madrid clashed with Liverpool in the UEFA Champions League final of 2022 with the Spanish giants winning the night. The last final in which both sides clashed was in the same competition in 2019 which Madrid won 3-1. Before the second clash, pundits had predicted a Liverpool victory and revenge. However, Madrid came with their hay game to seal the game, thanks to a lone goal by Vinicius Junior in the 59th minute.

Before Russian billionaire, Abramovich, Chelsea were not a serious contender, especially in Europe. However, since he bought the London club, successes upon successes were recorded, which included two Champions League trophies, EPL titles, FA Cup, Carlin Cup to mention a few. Sadly, the union between the billionaire and Chelsea ended due to his links with Russian President Vladimir Putin, when others like him were forced to forfeit belongings due to the Russia-Ukraine War. The club is now owned by billionaire Todd Boehly who purchased it in May.

The football season of 2022 can be classified as the season Kareem Benzema of France excelled in his career. Having been kept in the shadows when Cristiano Ronaldo was his teammate at Madrid, the Frenchman found his rhythm when he led the club’s attack after Ronaldo’s exit. His heroics helped Madrid defeat Liverpool in the Champions League final of 2022. This and many more earned him the 2022 Ballon d’Or Award. Sadly, the best player in the world was unable to feature in the Qatar 2022 World Cup due to injury.

Manchester United were taken to the cleaners by Cristiano Ronaldo who claimed that some persons in the club were trying to push him out. The Portuguese sat with British journalist, Piers Morgan, during which he lamented that the club were still making use of old technology, adding that nothing had improved since his last spell before he left for Real Madrid. Shortly after the explosive interview, United announced an end of their relationship with Ronaldo who is now seeking a new club as a free agent.

Thanks to technology, Ronaldo ended the 2022 World Cup with just one goal. The free agent would have had a second goal from a Bruno Fernandes cross but the award ended up with the latter after careful review by officials. Fernandes had crossed the ball to Ronaldo who leaped to head it in. When the goal was given, Ronaldo could be seen jubilating while his teammates gathered around him. However, the technology in the stadium and also makers of the ball, Adidas, said Ronaldo had no contact even though it appeared as if his hair did. The news was a source of debate among football fans, some of who still consider the situation a Ronaldo goal.

Morocco shocked the world when it became the first African team to reach the semifinal of the World Cup. The Atlas Lions successful saw off Spain in the second round and defeated Portugal in the quarter finals. They were, however, stopped from reaching the final by defending champions France who beat them 2-0. A chance to seal third place was prevented by Croatia who defeated them.

The World Cup in Qatar was surrounded by controversies before the first whistles. They were complaints about his migrant workers were treated in Qatar and also the countries stance against the LGBTQ community. Football fans were also prevented from drinking alcohol and dressing indecently due to the laws of the Middle East country. However, the tournament needed up as one of the best so far, especially the final which had fans on the edge of their seats till the final whistle.

Lionel Messi finally fulfilled his dream of leading Argentina to a World Cup Victory. This happened in Qatar when his team defeated France via penalties after a 3-3 regulation and extra time. Messi also ended the tournament as the second highest goal scorer behind France’s Kylian Mbappe, highest assist maker and Most Valuable Player. To many fans, his feat put an end to the debate on who is the Greatest Of All Times between him and Ronaldo.