What will happen if APC impeaches Saraki – Tambuwal

Since the Senate president’s defection from the All Progressives Congress (APC) to PDP, some lawmakers and APC chieftains have asked him to step down. One of those who have been very vocal about this is APC national chairman, Adams Oshiomhole who on Wednesday said it is “a matter of honour” for Saraki to “leave the crown (senate presidency) in the house that the crown belongs to.”

The PDP caucus in the house of representatives subsequently raised an alarm that some senators were plotting to impeach Saraki through the backdoor.
But speaking at the PDP national executive council (NEC) meeting in Abuja on Thursday, Tambuwal, who just recently left the APC as well, said any attempt to impeach Saraki unconstitutionally will harm Nigeria’s democracy.

“When I hear that some people are trying to break into the chambers of the senate to steal the mace and install a pseudo president of the senate, I wonder whether they actually know the rules of our democratic engagement. It’s not a Gestapo, we are in democracy,” he said.

“If the senators have confidence in Bukola Saraki, they should continue to sustain him as president of the senate. And so be it with Mr. Speaker, Dogara.

“So, nobody should be afraid. There is a process. And we must respect due process and rule of law. And Nigeria is not a banana republic. We will not take it from anybody. Let them hear it very clear. If you try it, we will match out our forces in this country and jam you.

“Because we are talking about democracy. We cannot afford to allow anybody, no matter how highly placed, to toy with the future of about 200 million people in this country.”

He also said if Saraki decided change his political party, there is nothing anybody can do about it.

“The constitution of this country is very clear that members of the senate and the house of representatives can choose from among themselves their own president of the senate or speaker without leaning to any political party,” Tambuwal said. Uche Ogbodo reveals how sad it is being a single mother 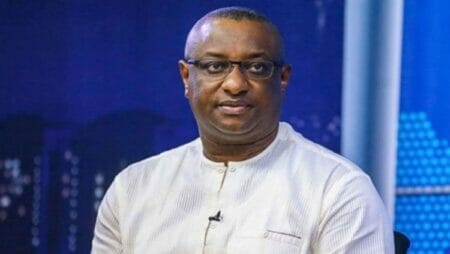