You can lose that wieght too! Elvina Ibru talks about her weightloss (250kg to 115kg)

About two decades ago, popular daughter of billionaire
businessman  Olorongun Michael Ibru, Elvina Ibru  was crowned the winner of the Miss Big and Beautiful Competition UK.
Oh by the way, have you guys seen Nigeria’s most romantic movie of all time – Letters to stranger….yeah Elvina Ibru was that friend, that hilarious friend that Geneveive Nnaji had in the movie.

Lol, totally loved her lines especially the “Dear stranger, my boyfriend no get sense but I
lulv him. And why can’t you be a real human being so that I can really
cheat on him properly. And all this typing typing don tire me o. I need a
real man who will love me and caress me and do things to me that
computer cannot do”…so funny!
Back then, Elvina weighed 210 kgs, yes she did but today, the
former singer now weighs 115kg and she has decided to tell us about it! 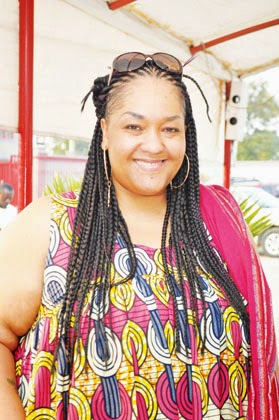 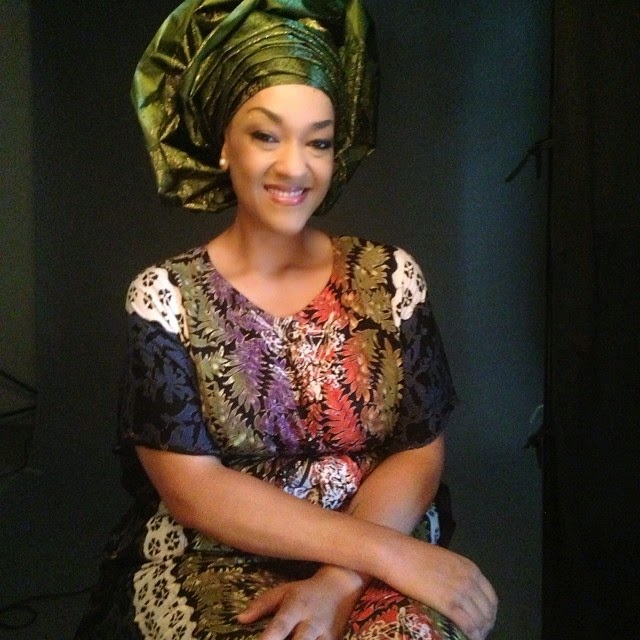 In a recent interview with TheNation, she further talked about how a lot of Nigerian men wanted to father her
babies and how much she hates being married. See excerpts below:

I think Gloria, my elder sister, started it. Initially, she was the
biggest amongst us all. She started losing weight first. Then I was
getting bigger by the day. So two years ago, after Gloria inspired me
with her gradual weight loss, I started telling myself that I could do
it too. I guess what eventually triggered it off was that I had been big
all my life but I never had any sickness or illness. It got to a point
when I was beginning to feel sluggish. I felt I was suddenly trapped in
my own body. There were some things that I had always loved to do, but
my body was just not responding.
So I was asking myself, what was happening in my body? Also I was
feeling little ache at my back, and I just had a little son. So I asked
myself how I was going to be enjoying and playing with my little son
when I could not even lift my body.

So it was not really about being prettier or being more beautiful that I
lost weight. It was more about my health. Though I never had health
challenges attached to my former weight.

At my biggest, I weighed 210 kg and I am 5 feet 11. That is a very large
person! But I didn’t have ailments like diabetes, cholesterol or
hypertension except for the small ache at my back. I didn’t want a
situation where I had to get to where I became unhealthy. So I had to
nip in the bud, the overweight. I cannot now talk about my diet because I
am not through yet. I still want to go down 16-20 more kg. That is the
size I feel I should keep, not because that is what health experts say,
but what I feel I want.

Yeah, but people are asking me why I want to do that, because my size as
it is now is quite attractive. I feel better now though; I was weighing
210 kg then. Presently it is 115. So I have lost about 95kg. If I can
get to 100kg or 95kg, then I will be very happy. When I get to that
point yeah, I can share my diet recipe and perhaps help some other
people who are in such situation that I have been. All my life, I have
been struggling with weight. It is not easy.

Yes (laughs), that’s a long time ago. Yes that was the Miss Big and
Beautiful competition. But right now, I may be much slimmer than what I
was before, but I know that I don’t see myself as a normal sized person,
I’m still big. Though much more comfortable. To be honest, I don’t want
to be too skinny either. I am still out there for the sisters with
curves. Yeah, I am still an advocate for curves. I don’t want to be
skinny; I just want to feel good and know that I am healthier. And
having no health issues or having worries that the heart could give way
any time. I am proud of what I achieved as Miss Big and Beautiful,
especially at that time; I was the only African girl in the competition.
Just for that alone was an achievement. Having curves is African.

They still do, but some say I am looking a bit drawn, a little bit
tired, I don’t know what they see. They say that before, I was very
fresh, that I looked like a baby. However, most people say well-done,
you are looking younger and healthier. So it’s a good feeling.

Hmm, ‘toasting’ does not mean marriage at all. Whether you are thin or
big, people will still ‘toast’ you (laughs). Even if you are not
beautiful, guys will still ‘toast’ you. It has nothing to do with looks.
But for marriage, this is one aspect that people see me as being very
controversial. 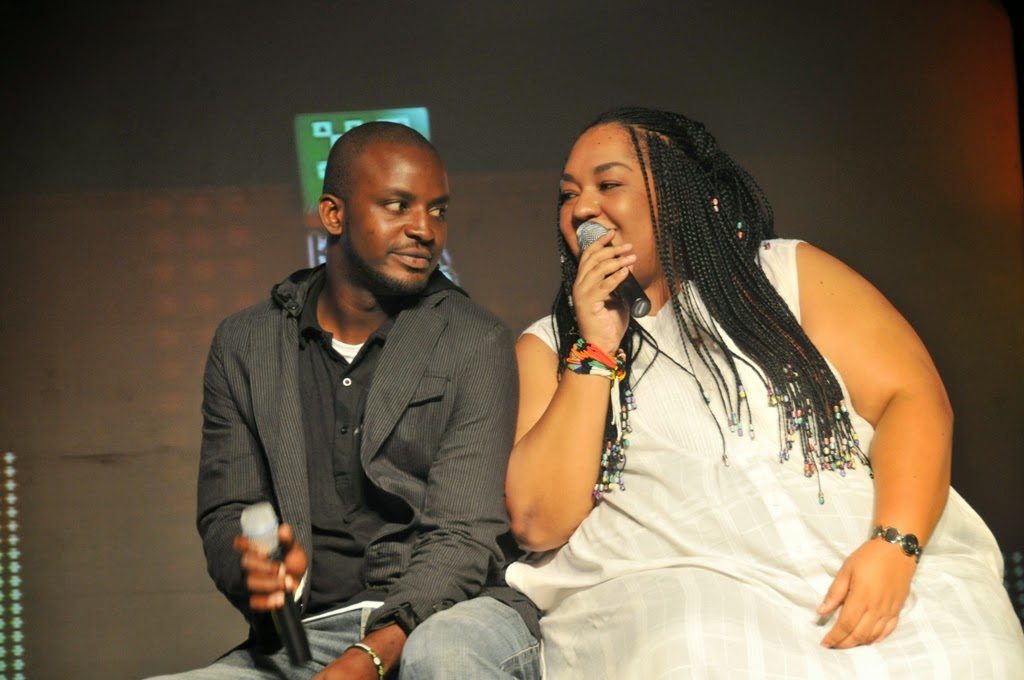 I have never wanted to be married. And I do not want to marry presently,
and I don’t want to ever get married. But like they say, never say
never! I have never ever had the vision of getting married. I have never
ever seen myself ever getting married. Even with Elisha who was a
planned child, there was no marriage plan. Though his dad wanted
marriage, I told him, I love you. I will have your child, you could even
be the father of my children, but I am not marrying. I allowed him to
understand that it wasn’t that I was against him, but I just didn’t want
to marry.

If I was born in America or Europe, perhaps I would have been taken to
see a therapist. Honestly, I have never ever fancied marriage. They say
most little girls have dreams of Prince Charming and their little
cottage, a garden and a child or two. I have dreamt of children many
times, but never of a little cottage with one man there. That is not for
me. So maybe if I see a therapist, they will be able to sort out what
is wrong with my brain.

It might be related to the fact that I am from a polygamous home. It
might also be connected to the fact that my mom was somebody that I can
refer to as having been perfect. She was sometimes sad, always had a few
issues with my father and his wives. Maybe it has to be that. My mom
was who I called a renaissance woman. She was beautiful, educated; she
made my father what he became. She was hard- working, domestic, and when
it came to being social, she was very social. She was a generous
person, she had seven healthy babies. If it was to cook, she was right
there, and when it was groove time, she was there and ready. So if a man
was not satisfied with her, I don’t know who they will be satisfied
with. I don’t know.

I have friends, girls who are married and to be honest, I don’t think
that any of them can honestly tell me that they are completely happy
with their marriages. So that makes marriage scary to me. So they ask
me, ‘Elvina how come you are still looking fresh? And I reply that it is
because I didn’t get married and twisted.’ 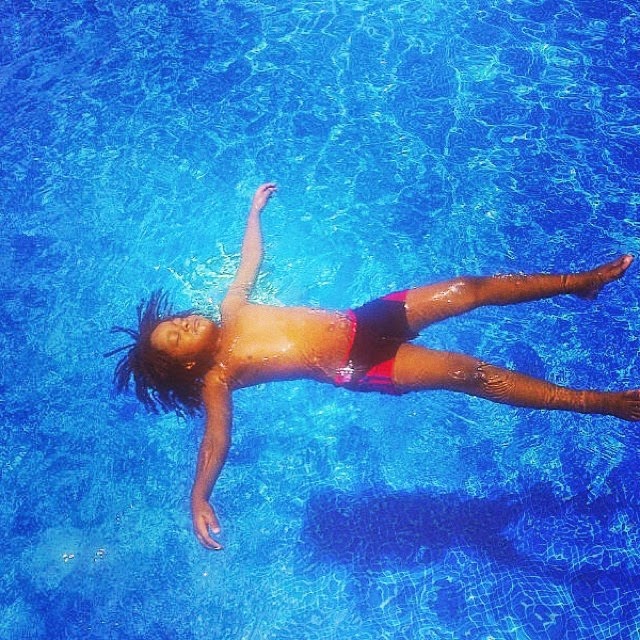 I wouldn’t hesitate. I have always loved children. A lot of people were
surprised that I started late. They thought that by the time that I had
Elisha, that I would probably have had like five or six children
because, I had always wanted children. But you don’t just go and have a
child for just anybody. One has to be careful. For instance, even though
Elisha’s father and I are not together again, we are still good friends
and he is a good father to his son. That is the important part.
That is the joy of choosing a good father. Not going to have a baby
because this boy is fine or this boy has money to spend, or this one
comes from a good home. It is more than that. One has to be careful.

And the thing you should remember most is ‘what if anything wrong
happens to the child. Apart from the obvious, my sisters who are very
close to me are capable of being there for me. But anything can happen
and he has to go and stay with his father.

Of course, do you know how many men wanted me to have a baby with them?
They were many who wanted that. They were some who even just after two
months in the relationship wanted me to have babies for them. I had to
be careful. Elisha’s father has sisters that I am close to. So Elisha
has a big family from all sides, not just from mine.

He is good; he is the best thing that as ever happened to me. His name
is Elisha and there are so many things attached to that name. The
literary meaning of his name Elisha in Hebrew means ‘my God my
salvation.’ So he’ll grow up never to forget that without God he is
nothing. Also, the name has a lot of meaning to me because before I had
him, I had a miscarriage that I went through before I eventually had
him. I was pregnant with twins, which meant double. So when he arrived,
it was like God had given me double anointing back. You know God doesn’t
cheat anybody. He gives you what you really need at the time you need
it.

His dad is fine. He is in Port Harcourt. We are not together anymore.
But we are very good friends; in fact he got married last December to a
very nice girl. So Elisha has a very beautiful, lovely step mom that I
am very close to. We are trying so hard to be a unit, even though I am
in Lagos and he is in Port Harcourt. But Elisha comes first. He is a
good dad.

(Laughs) there is always talk of me being in something. Yes, talk about
me being in one relationship or another. Frankly speaking, that remains
my business. So it’s sweet sometimes when you actually sit back and hear
all those things people are saying about my love life. But the truth is
that, I keep a mystery to my love life these days. People make up their
stories, and create imaginary characters around me.