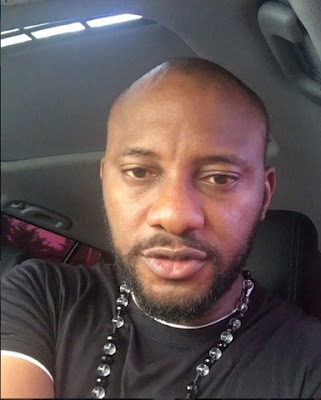 The University of Port-Harcourt graduate who got married at the age of 22 said he doesn’t support domestic violence but women should learn to respect their husbands.

He went further to use his parents as case study saying he has never seen his dad hit his mum and that his mother always knows when to zip up!

Watch the videos below…
Hit play

My take on domestic violence continued
A post shared by Yul Edochie (@yuledochie) on May 31, 2017 at 2:15am PDT