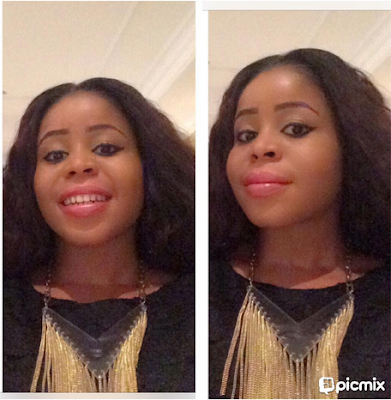 An Instagram user, Arike, recently shared her not-so-pleasant encounter at a General Hospital with her followers. Read it below 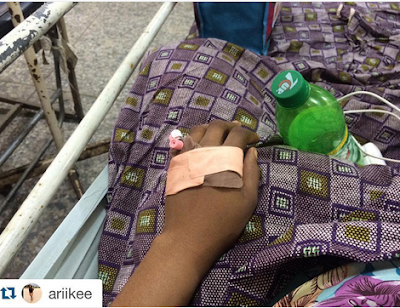 “I was rushed to general hospital marina str, d emergency actually. I was bleeding from the nose and mouth to my surprise all this so called doctors and nurses were running from me like I had some kinda of strange disease, I could hear in my pain one student doc telling the other don’t touch her, while the rest were saying they had laser fever or wat Eva it’s called not me) and he had to use 3 gloves each to check my blood pressure before he then said omg it’s your blood pressure that’s making you bleed.
It didn’t end like this,I got to the hospital 8:pm n all this their rubbish continued till 10 pm. D annoying part was 3 hours later they started asking my mum all manner of stupid questions, which was suppose to be the first question before all this rubbish attitude.
U guys won’t also believe they asked my mum to go buy all manner of syringe, and many other things which one of it is that of a drip which they never gave me till now n they Inserted this shit on my hand for no reason at the pic I m posting, I woke up this morning only to be ignored by 5 doctors coming in and out of the ward, until I asked one wat is going on here, then he replied your files says you have been attended to,which i angrily said NO, Then he left and returned and said d nurse on duty wrote the rubbish. . . 10 mins later 2 student doc came to check my blood pressure at abt 8:40 and d story is it’s a little bit still high, my question is what’s wrong with our hospitals in Nigeria?
Why do they not value lives? I didn’t know that other patients family was watching d scene performed by this so called doctors towards me. . . You can imagine it’s 9:12am wat hospital cleans wards by this time , likewise d rest rooms and bathroom. I’m so disappointed to be honest, I haven’t been to the hospital in 15 yrs and this is d stupid treatment I get trusting general hospital is said to be the best place to go. ??? I’m writing this in anger cos if I had died I probably might not be able to tell the story. We need help in our hospitals. No good bed spread. Fans are dirty. We need help.”