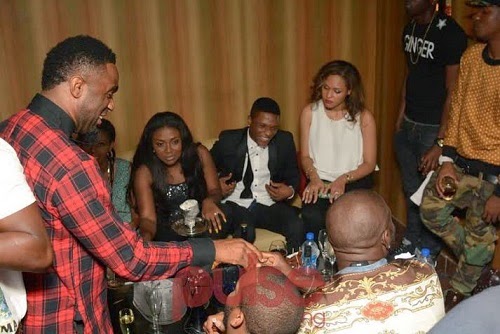 Aww, they can’t do without each other!

Wizkid and his ex-boo, Tania Omotayo were spotted at the Pepsi Samba party which held last week Thursday in V.I, Lagos.  Reports say,  Wizkid and Tania were all
over each other, and Tania stayed glued to him all through except when he was
performing!!!