In memory of ‘The labour of our heroes past’, Iyanya digs up raw emotions in his new tribute music video titled “Not Forgotten“.
The crisp video pays tribute to celebrated Nigerian entertainment icons such as Eric Arubayi, OJB Jezreel, CD John, Fatai Rolling Dollar, Nomoreloss, Justice Esiri, Enebeli Elebuwa and Sam Loco Efe among others.

‘Not Forgotten’ is a track off Iyanya’s “Signature” EP released earlier this year by Mavin Records.
Directed by AMVCA award-winning cinematographer, Ogo Okpue, the evocative tribute video was shot in London and features label mate and gifted rapper, Poe.
Iyanya became orphaned after losing his parents years apart paid an emotive tribute on ‘Not Forgotten’ to his parents, Mr and Mrs Onoyom Obong Mbuk.
The release of “Not Forgotten” video comes few days before Nigeria’s Independence when the country celebrates its past heroes as well as its independence from British colonization in 1960.
The singer who is touring Europe at the moment says:
“Not Forgotten” is the most personal music I’ve ever made. The song is dedicated to all those we’ve lost including loved ones we’ve lost. It is for anyone who is missing someone. 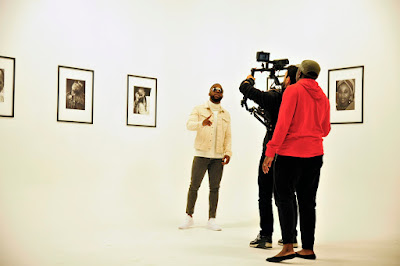