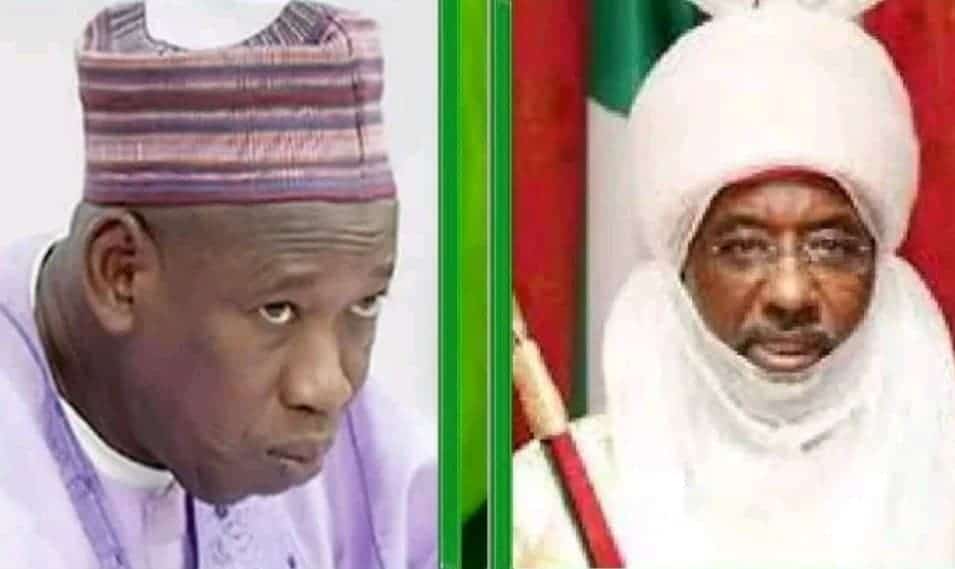 Below is a video showing what happened when the Emir of Kano, Muhammadu Sanusi, and the governor of Kano State, Abdullahi Ganduje, met at an Eid praying ground on Sallah day.

Others who attended the prayer at the Kofar Mata Central Eid ground include Ganduje’s Deputy, Nasiru Gawuna, and the Secretary to the State Government, Usman Alhaji.

Both men have not been in good terms of late since the 2019 general elections.

They met just days after the Kano State Public Complaints and Anti-corruption Commission claimed to have uncovered the misappropriation of over N3.4 billion misused by Emir Sanusi between 2014 and 2017.

Before now, Ganduje had created four new Emirates which sees the reduction in power of the Emir of Kano.

Both men had a fall out with each other after Sanusi took a strong stance in the general elections which seem to be against the interest of Ganduje.