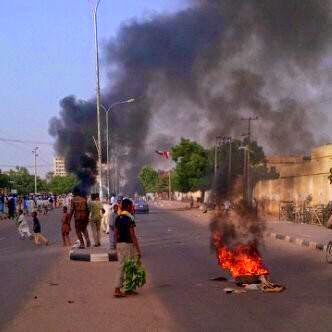 Apparently majority of the residents in Kano are not impressed with the new Emir of Kano, thus they have started a protest!

The
protest started at the Kofar Kudu area, near the Emir’s palace when
residents of the neighbouring streets trooped out to the palace area in
opposition to the choice.
Tyres were set on fire and few roads
blocked as they shouted, “Ba muso, ba muso’’, meaning, “we don’t want,
we don’t want” in apparent reference to the choice of Sanusi by the
state government.
ThisDay reports that the road to
Government House, Kano, from former Silver Jubilee round-about has been
blocked by irate youths with motorists compelled by youths to fix
leaves to their windscreens.
Although security forces have been mobilised for crowd dispersal, the riot is still ongoing.
See more photos below: 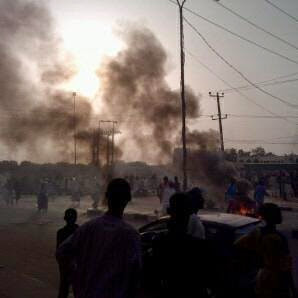 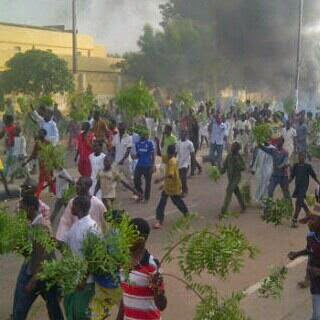