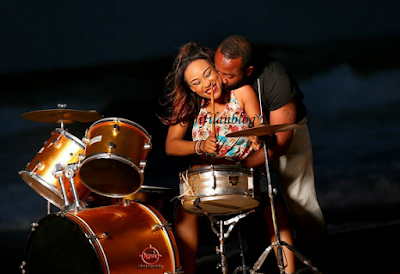 You are about to read one of the most beautiful, heart melting love stories ever!

Uche Okoye a drummer girl is now engaged to the love of her life but what s even more beautiful is how she met her missing ribs via what she loved doing – playing the drums.

She was the only female drummer in Covenant University and after school she started playing in Church, TREM.

The story as narrated by the Groom. 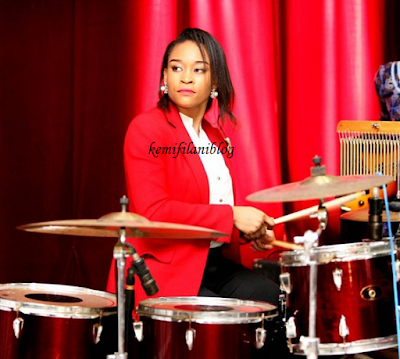 I
met Uche in TREM Ikota branch. She was playing the drums that day. I
remember it vividly as if it was yesterday. She was very intense and her
eyes twitched to the side while hitting those drums. When the Praise
& Worship session was over, she stepped off the drums and morphed
into a lady. I was speechless. At the end of the service, I asked a
close friend who she was. After he told me her name, my response to him
was “I will marry her someday”. That event took place in July 2012. 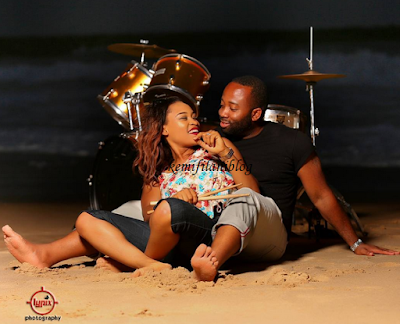 Our first date was a live play centred on one of Wole Soyinka’s story in
Victoria Island, Lagos. A picnic date in V.G.C and countless dates
afterwards made me realize that she is the one that I wanted to spend
the rest of my life with. I proposed to her in 2 stages. The first one
took place on August 5 2014. I took her out for dinner and in the middle
of the meal, I made my intentions known (I didn’t go down one one knee
yet). 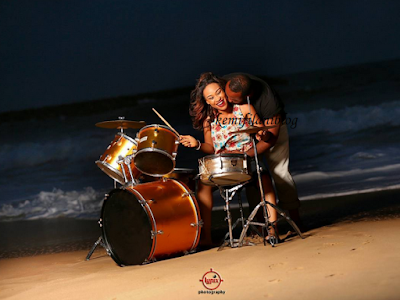 She thought it through and advised that I meet certain members of
her family for their blessing. I returned to Canada and planned a trip
to the U.S. to meet members of her family. We typically have lengthy
chats on Sundays due to our schedules and time difference.

On
Sunday,October 19th 2014, we were having our normal chat and I was about
to end the call, when she said YES. I was like YES to what. After a few
seconds, it donned on me that she was saying YES to my proposal made on
August 5th. I looked up to the heavens and realized that I was going to
spend my life with this woman called Uche…. 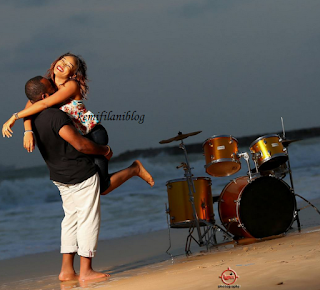 I celebrated the day by having an Indian meal with a friend that was visiting from Ontario. The
slipping of the engagement ring took place on January 19th 2015. It was
a hectic day planning everything especially with Lagos traffic. Finding
where to purchase flowers on Lagos Island is another story on its own. I
found one by divine chance. After a dinner meal, as I was driving her
home, I was thinking how to do it. I thought should I stop in the middle
of the road and do it. Not in Lagos…that is either suicide or armed
robbery depending on which one comes first. Finally, when I got to her
house, I rushed to open the passenger door (as a gentleman) to let her
out, she began rushing to get into her house (according to her, she said
she knew that I was about go on one knee. They say I am not difficult
to read).

I chased her down, spun her round and got on one knee.
Honestly, I muffled my words because I was shaking and full of every
emotion that you can think of. I think 5 seconds passed by before I
heard the 3-letter word YES. I slipped the ring into her finger and we
gave each other a long embrace. I guess the real manhood really begun
for me from that moment.