Two journalists, Mr Charles Otu of the Guardian newspapers and Mr Samuel Nweze, Publisher of the People’s Leader, have been attacked in Abakaliki, Ebonyi.The Police Public Relations Officer, DSP Jude Madu, confirmed the two incidents and said that the police have launched investigation to unravel the motive behind the attacks.“The reports of the attacks on two journalists are before the police and we have launched investigation to unravel the motive behind the attacks and identities of those involved”, Madu said.Otu told the News Agency of Nigeria, in Abakaliki on Saturday that suspected political thugs accosted him at about 6.p.m. on Friday at Vanco Junction in Abakaliki and started beating him with clubs and other dangerous weapons.He said the beating attracted passers-by, “but the thugs threatened to shoot anybody that interfered.’’He said he was later abducted and taken to the `Ebonyi Cabinet Office’ where he was asked to write an undertaking never to write any story against the state government or be silenced permanently.NAN

The National Union of Petroleum and Natural Gas Workers (NUPENG) has criticised the proposed N5 petrol levy by the Senate, describing it as a huge joke.Alhaji Tokunbo Korodo, the South-West Chairman of NUPENG, said in Lagos on Saturday that the proposal was ill-timed and also smacked of insensitivity to the current economic hardships facing Nigerians.He wondered how the nation’s Upper Chamber could think of another fuel price increase when Nigerians were “striving to cope with the current harsh economic realities”. “How can the Senate propose such a bill at this particular period when poor Nigerians can hardly feed themselves?“The prices of foodstuffs have tripled in the market, while workers’ salary has not been increased,” Korodo said.Sen. Kabiru Gaya (APC-Kano), the Chairman, Senate Committee on Works, had on June 1, presented a bill entitled, “National Roads Bill” to the House.The bill recommends that Nigerians should pay N5 levy on every litre of imported petroleum products and that levy will form part of the proposed national roads fund.It also recommends the deduction of 0.5 per cent on fares paid by passengers travelling on inter-state roads to commercial mass transit operators as well as the return of toll gates on federal roads, among others.Korodo said: “Just a year ago, the pump price of petrol was increased from N87 to N145 per litre and Nigerians accepted the increment because of the sincerity of President Muhammadu Buhari’s administration.“Any attempt to adjust the price of petrol under any guise will be resisted by Organised Labour.”The NUPENG chief called on well-meaning Nigerians to prevail on the leadership of the Senate to step down the bill.


The Commissioner of Police in Adamawa, Mr Moses Jitoboh, has confirmed the arrest of five suspects for beating a pregnant woman to death for alleged witchcraft.Jitoboh told newsmen in Yola  that the 32 year old woman, Ayina Afraimu of Falu village in Guyuk Local Government Area of the state was killed by the suspects who used sticks and rope.“She was attacked with sticks, rope and killed by five suspects on allegation that the deceased was a witch, who was responsible for the deaths and sickness of persons in the town of Falu.“Suspects who committed this nefarious offence are: Abraham Adamu, 18, Malachi Yilafane, 35, Thomas Aji, 54, Zakariya Chorum, 56 and Miss Newana Ilihal, 20”, Jitoboh said.He added that the suspects would be charged to court for culpable homicide, criminal conspiracy and defamation of character.The commissioner said that apart from the five suspects, the command had within the three weeks of his assumption of office arrested 19 other suspects and recovered three stolen vehicles, some weapons and other stolen properties.He said they are made up of 12 for unlawful possession of arms and robbery, two for rape of minors, and five for unlawful possession and spending fake currency notes.He assured the people of Adamawa of the command’s commitment to tackle criminals and solicited their support.“I want to assure the good people of Adamawa state that police officers will work relentlessly to ensure citizens of the state sleep with two eyes closed.“Assist the police by reporting criminals and criminal activities promptly to us, as we cannot succeed without the cooperation of the people”, Jitoboh said. 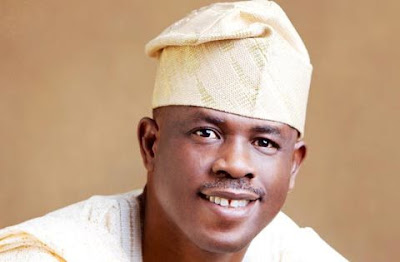 Obanikoro loses mom
Obanikoro’s mom, Wasilat Obanikoro is dead. She was said to have been ill for a few weeks before passing on at her residence in Isale-Eko, Lagos.She will be buried today at Ikoyi Cemetery. Lagos at 3:00pm in accordance with the dictates of Islam, which she practised until her demise, her son said. She was 95.