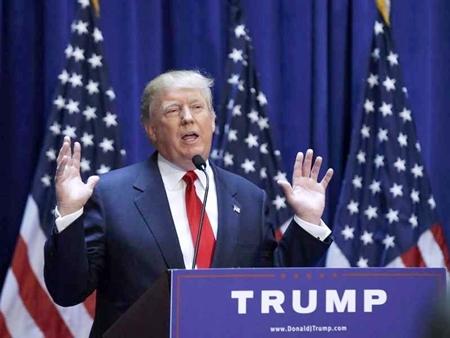 President Trump
U.S. President Donald Trump’s @realdonaldtrump Twitter account was
deactivated by a Twitter Inc employee who was leaving the company on
Thursday, the social media company said.
Twitter said the account was down for 11 minutes before it was restored.
Trump has 41.7 million followers on Twitter and has made extensive
use of it to send messages attacking his opponents and promoting his
policies, both during the 2016 presidential campaign and since taking
office in January.
“We have learned that this was done by a Twitter
customer-support employee who did this on the employee’s last day. We
are conducting a full internal review,” Twitter said in a tweet.

“We are continuing to investigate and are taking steps to prevent this from happening again,” the company said in an earlier tweet.
A Twitter representative declined to comment further.
The White House did not immediately respond to a request for comment. 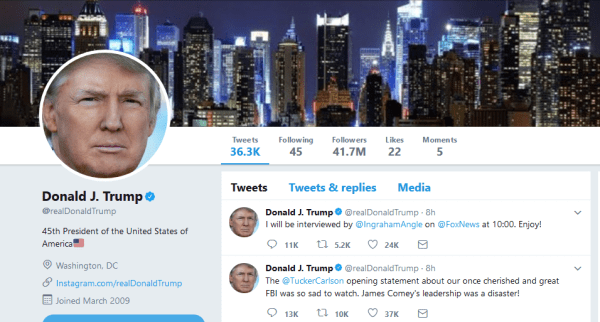 In his first tweet after Thursday’s outage, Trump wrote, “Great Tax Cut rollout today.
“The lobbyists are storming Capital Hill, but the Republicans will hold strong and do what is right for America!”
Thursday evening’s incident raises a host of questions about how
Twitter secures Trump’s personal account, the official @POTUS
presidential account and other accounts that could potentially influence
world events.
It comes at a moment when technology companies, including Twitter,
face sharp attack from U.S. lawmakers for failing to stem the spread of
Russian propaganda and misinformation on their platforms.
Twitter, in particular, has long faced criticism for not doing enough to police its platform and respond to complaints of abuse.
Screenshot of Donald Trump’s Twitter page
The temporary deletion of the Trump account sparked a flood of criticism on Twitter itself.
Reuters could not determine how many Twitter employees had the
authority to delete accounts or tamper with them in other ways, such as
by sending counterfeit Tweets.
Twitter declined to provide further details.
(Reuters/NAN)