Tribunal asked to stop Buhari’s inauguration ahead of May 29 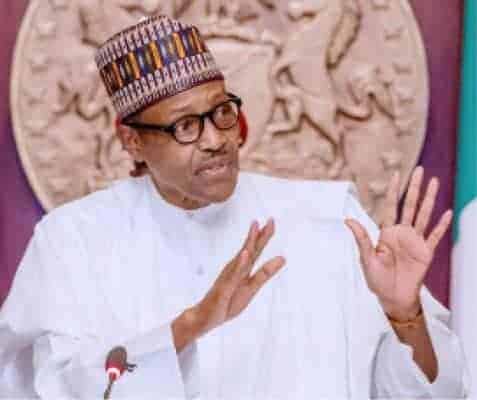 One of the parties that contested Saturday, February 23 presidential election, Hope Democratic Party (HDP), has filed a motion seeking an order for the election tribunal to restrain President Buhari from presenting himself to be sworn-in on May 29.

Channels TV reports that the party is also seeking an order restraining the Chief Justice of Nigeria (CJN) from swearing-in, administering the oath of office and oath of allegiance to the president on May 29.

It was gathered that in a motion on notice made available to journalists on Tuesday, May 14, the party filed the motion on 6 grounds pursuant to section one subsection 2 of the 1999 Constitution as amended and under the jurisdiction of the tribunal.

It was learnt that some of the grounds of the application is that there is a pending petition challenging the election and return of President Buhari as the winner of the February 23 presidential election.

The Hope Democratic Party also said the petition has been served on President Buhari and pleadings have been exchanged. The party claimed that in spite of the dependency of the legal action against Buhari, he has been making frantic efforts and preparation for his inauguration on May 29, by the CJN.

The party further said that unless President Buhari is restrained from presenting himself for inauguration he would foil “a fiat accompli and state of hopelessness on the court and render their petition nugatory.”

It also averred that the law is settled that once a question of the validity of an election of any person is challenged that person is not competent to take oath of office or assume the seat of power.

The application was filed on May 9 and it was heard today, Tuesday, May 14. Meanwhile, Legit.ng had previously reported that some staff of the Peoples Democratic Party (PDP) urged the president of Court of Appeal who is also a member of presidential election petitions tribunal, Justice Zainab Bulkachuwa, to excuse herself from the tribunal.

It was reported that PDP staff who protested at the party’s national secretariat, Wadata House, Abuja on Monday, May 13, passed a vote of no confidence on the tribunal as long as Justice Bulkachuwa remained a member.