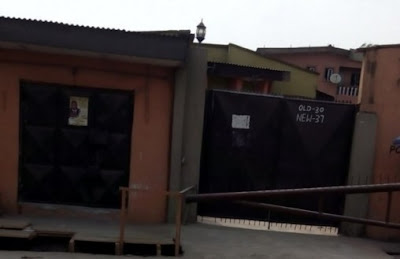 A newly-wed plumber, Emeka Okpala, has reportedly drowned while installing a pumping machine in a well in Ketu, Lagos State.

Apparently, the 40-year-old only came as a substitute to the
original contractor who didn’t show up for his appointment. In his
attempt to descend into the well for the installation, he plunged to his
death.

No one knew of the unfortunate event until it was too late to call
for help. According to a resident, the contractor hadn’t raised an alarm
early enough.

She said: “Emeka (Okpala) was a very popular man on this street. He
used to drive a BMW car, which he brought yesterday (Wednesday) to do
the work. He was into all kinds of jobs and was very hardworking. He
recently got wedded.”

“The owner of the well wanted to install a submersible pumping
machine. Those who were asked to do the job turned it down and said the
well was old. When he was called, Emeka said he could do it since it was
not his first time.”

“He tied a rope to a generator and was descending the well when the generator fell on him in the well. He was crushed.”

Confirming the incident, the Director of the Lagos State Fire
Service, Rasak Fadipe, said that the corpse had been deposited in a
morgue by the policemen.

He said, “Okpala wanted to install a pumping machine in the well when
he got trapped. We received a distress call and the Alausa fire station
responded. One of our fire officers, Salau, who led the rescue
operation, recovered him dead. The corpse was handed over to the police
from the Alapere division.”