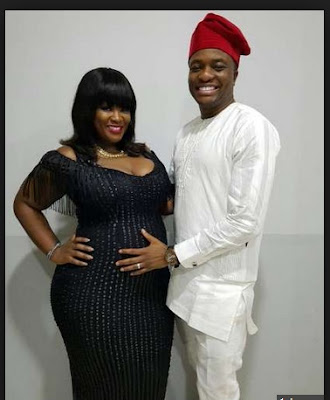 The “womb’watchers” can now rest as OAP Toolz is now pregnant for her pilot husband Demorun. Last Saturday at Banky and Adesua’s introduction, Toolz and her husband made the announcement of the good news.

Well, she has narrated why she made the announced at Banky W’s wedding introduction:

‘So on Saturday morning I was trying to figure out how to hide my bump
with L’osban when @bankywellington says ‘Why not just announce it
today?…you can just post a pic of both of you saying #TreeADem. I’m
like during your intro, won’t that be much?
Anyhow much later I walk
into the venue and 2 people looked me up and down and said
congratulations – operation hide-the-bump failed.??
So long story short, we quickly decided to take a pic and announce things our way.”