A few days ago, Toni Payne released an official statement where she said she’s
finally forgiven her ex-hubby and father of her son, 9ice
for the misconception that led to the divorce of
their marriage.

Not long after, 9ice also issued a statement to officially clarify
that Toni Payne never cheated on him and that their marriage failed due to
other reasons.

In her response to his statement, an exonerated Toni Payne, who has suffered
repeated scorn especially on social media over allegation that she cheated on
the singer while they were married, expressed her joy and happiness in a series
of tweets: 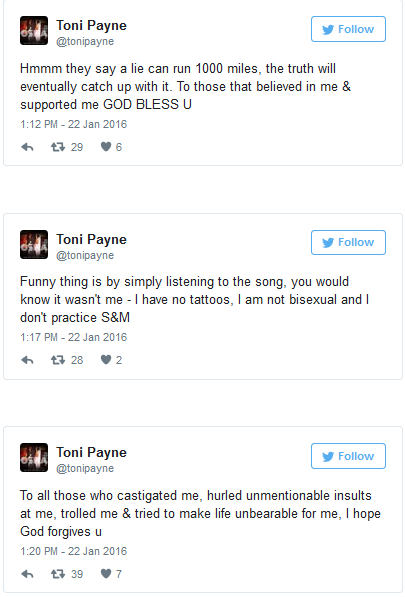 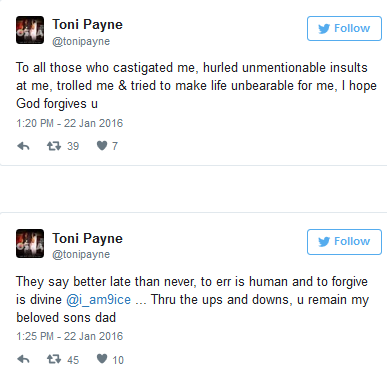