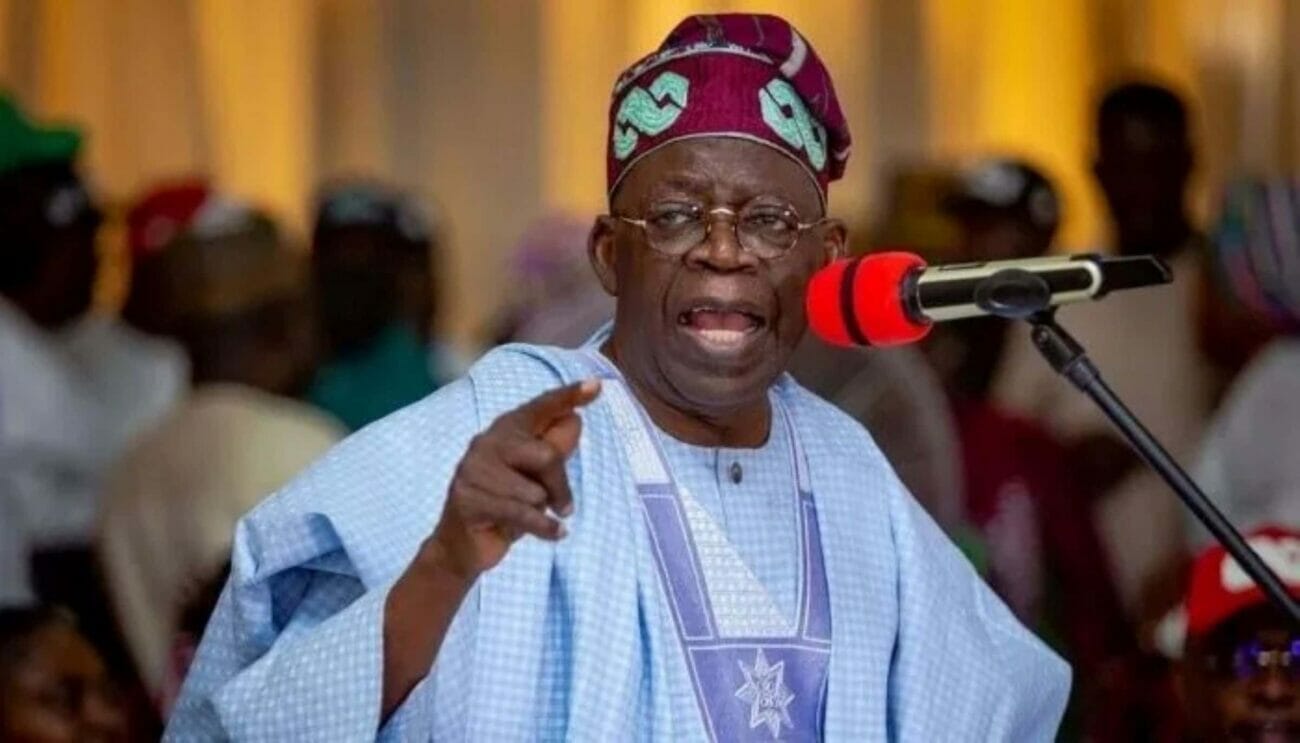 Presidential candidate of the All Progressives Congress (APC) Bola Tinubu has quit social media and now avoids the platform because it gives him high blood pressure.

Kemi Filani reports that the 70-year-old politician, Tinubu made the statement in a video that has since gone viral online.

“I don’t read social media anymore; they abuse the hell out of me. If I read it, I get high blood pressure and angry. I don’t read it.

“So, if I want to hear anything; my children or workers will say this one said this, and when I’m tired, I say please forget it.”

Atiku fought Obasanjo when he was vice president – Tinubu

Meanwhile Asiwaju Bola Tinubu, the presidential candidate of the All Progressives Congress (APC), has claimed that Atiku Abubakar of the Peoples Democratic Party (PDP) fought former President Olusegun Obasanjo when he served as his vice-president between 1999 and 2007.

He stated this while speaking during the inauguration of the Delta State APC governorship campaign in Warri on Saturday.

In his address, Tinubu reminded the people of Delta of the dearth of industries in the state, warning that voting for the ruling PDP in the form again would amount to the continuation of 23 years of underdevelopment of Delta State.

Tinubu decried in strong terms the alleged downward trend of industrial development in Delta saying, “Warri is going down. They don’t know the way; they don’t have the vision, the brain, the knowledge, the road to prosperity.”