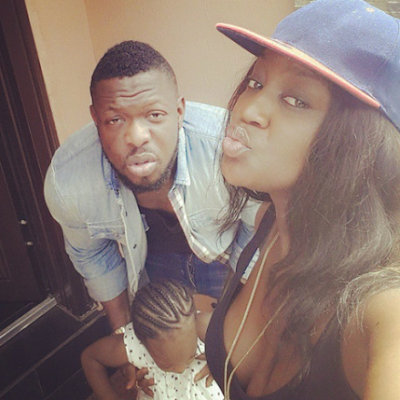 Self acclaimed Egberi papa 1 of Bayelsa, Timaya has two lovely daughters from his baby mama, Barbara.

He has, in a new interview with Punch, revealed he didn’t promise her
marriage because it wasn’t on his to-do list yet but that he assured her
he wasn’t going to have kids from different women.

“I am not getting married soon. My life is a journey. My career is my
journey. I didn’t lie to my baby mama when she was pregnant; I told her I
wasn’t ready to get married. I
never said I wasn’t going to get married. But at the
moment, I am not ready. When she told me she was pregnant, I accepted
the pregnancy. She told me she hoped I wasn’t going to be like other
musicians who had kids from different women. I told her no. My two kids
are from same woman. I know what I am doing.”

Gushing about his kids, Timaya added:

I never knew I could love anyone the way I love my daughters. My first
daughter is my best friend. I didn’t know what I wanted when I had her.
But I knew I wanted to rebrand. So I had to take off the dreadlock.”

“My dreadlock was a strategy. I wanted people to see me as a rude boy. I
couldn’t have been giving all those trouble with a calm and clean face.
I wanted a look that would associate with it.  Now, people come to me
and I smile.

“I realised that I have a passion for music. I didn’t go into it because
of money; I didn’t see money when I started. I have never thought of
doing anything else. I know my life is finished if I am not doing music.
If not music, my life is finished.

“I know these young artistes are vexing. I don’t feel threatened that
there are younger musicians out there now. I just try to beat every hit
song I have done before. I am not in any competition with anybody. I do
songs every day. But music should not be taken for granted. At this
point, much is expected of me. I can do a song for a whole month. The
bottom is for me to have the body of the song, the hook and the melody. I
don’t want to sound like a joke to my fans. I take my time. This is my
profession, it is not a joke. I don’t want my name to be forgotten,” he
said.