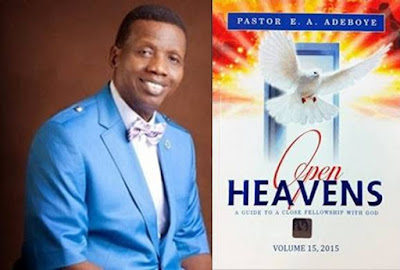 Memorise: Or what man is there of you, whom if his son ask bread, will he give him a stone? – Matthew 7:9

1 And he spake a parable unto them to this end, that men ought always to pray, and not to faint;

2 Saying, There was in a city a judge, which feared not God, neither regarded man:

3 And there was a widow in that city; and she came unto him, saying, Avenge me of mine adversary.

4 And he would not for a while: but afterward he said within himself, Though I fear not God, nor regard man;

5 Yet because this widow troubleth me, I will avenge her, lest by her continual coming she weary me.

6 And the Lord said, Hear what the unjust judge saith.

7 And shall not God avenge his own elect, which cry day and night unto him, though he bear long with them?

8 I tell you that he will avenge them speedily. Nevertheless when the Son of man cometh, shall he find faith on the earth?

There are many inventors in life whose names are never heard about because they gave up on the verge of their discoveries. Life is about persistence, and one man who was very persistent in his pursuit of greatness was Elisha (2 Kings 2). Elisha kept following Elijah ardently and many people thought he was wasting his time. Elijah moved from Bethel to Jordan and from there to Jericho, yet, Elisha would not let go. He was desperate for greatness, and his persistence in the pursuit of greatness paid off. You need to understand that you have a great role to play if you will ever get answers to your prayers. Also, understand that sometimes, there is a place of waiting before a prayer is answered. Some problems have a required number of hits they must receive before they become levelled. Naaman had to dip in the water seven times before He could get his cleansing. Thank God he did not stop at the sixth dip when he discovered there was still no change. It takes persistence to get the miracles you desire from God.

From the account of the woman in today’s Bible reading, it is apparent that she continued to persuade the judge to assist her. There might have been many things the judge said which were sufficient to discourage her from returning to him, but she did not succumb. She persisted in her visits and cries for justice until she got the attention of the judge on her case. There is no problem in life without an expiry date. The faint in spirit cannot get anything significant from life. They give up at the point when they are so close to their blessing. God is a God of plan and purpose. He does everything according to His timetable. Some people conclude that their miracle is taking too long to come; they become impatient and begin to look for alternatives that will not give them the kind of joy they desire. Do not be like such people. You need to keep your hope alive. You need to push until you get what you want out of life. There are people who are so passive in life. They think life will automatically give them what they deserve just by speaking in tongues. No, it doesn’t work that way! You have to involve your body, soul and spirit in the pursuit of your dreams. That woman in our Bible reading continued to press the unjust judge. Everywhere this judge went, he saw the woman there, pleading passionately that her case be looked into. Her appearance began to constitute a problem for him; so much so that he decided to grant her petition. In the Name of Jesus, you will get that which will glorify the Name of the Lord. Let your anchor of hope remain intact in Jesus Christ. Never allow the winds of adversity, doubt and fear deny you of your divine inheritance.

Prayer Point: Father, help me not to give up before my day of visitation.