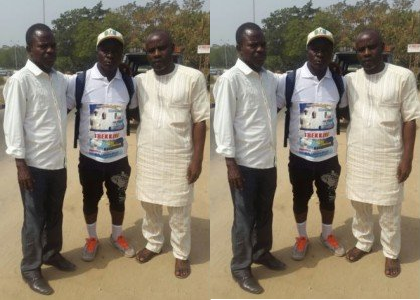 Apparently, the trekking trend is not over yet!A man has embarked on a trek to Lokoja in honour of the governor -elect, Yahaya Bello.

Mr Isa Mukaila who had promised to trek in solidarity
with Alh. Yahaya, from Lagos to Lokoja,was received by supporters of the governor -elect in Lokoja, Tuesday.

Mukaila told journalists that his late mother’s wish was to see an Ebira person become the governor of Kogi State in her lifetime.

To honour her, Isa trekked from Lagos to Lokoja, an adventure which took
14 days to accomplish. Alh. Yahaya Bello is expected to receive him
later today.