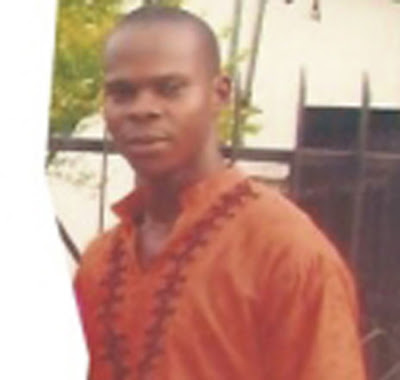 
Her father, who hails from
Imiringi, Ogbia Local Government Area, Bayelsa State, allegedly started
to defile her at the age of 11,the Nation reports..
He was alleged to have serially raped
and eventually impregnated her. Then he forced her to abort a
four-month-old pregnancy through a crude process that currently
threatens her life.
Queen told Operation Rescue (OPER), a
human rights group, led by Princess Elizabeth Egbe, that she ran away
from the house when she could no longer bear her father’s devilish
craving.
She said:

“There was nobody to help me.
He kept doing it despite my efforts to stop him. It was a painful and
violent experience. I ran away from home because there was a time I bled
so much from my private part.”

“When I became
pregnant and he heard about it, he handed me over to a lady who took me
through an unsuccessful process of abortion. I have been suffering
series of health issues after the abortion.”

Speaking on the travails of his niece,
her uncle, David Apigi, expressed shock at the way she was allegedly
violated by her father.
He said:

“My niece told me the trauma she has been passing through in
father’s house and how her father has been using her, turning her to his second wife.
“She said he had sex with her to the
extent that he aborted her four-month-old pregnancy. She ran to me and
begged me not to allow her to return to her father’s house because she
was tired. I decided to accommodate her. The father started looking for
her without knowing she was with me.”

“My cousin, Rex Ogboku, in Abuja called
FIDA to inform them about the situation. But the way FIDA was going
about the issue was too sluggish for my liking. I decided to contact the
Operation Rescue.
“We went back to the police and the
Otuasiga Police Station arrested the man. The process through which the
Otuasiga Police Station was handling the case was not satisfactory.
“Imagine a situation where somebody was
arrested and while in detention he was still having access to his phone,
making calls. He even called me. He called my uncle, trying to plead
with him for settlement. I moved the case to Kolo Police Station.”

He said his niece’s father was notorious
for sexual perversion, alleging also that he had slept with his
biological sisters. He said the suspect repeatedly had carnal knowledge
of his cousin’s daughter and forced her to commit abortion five times.He
said some of his victims were ready to testify against him.
Egbe also lamented the condition of the girl and called on the society to protect the girl-child.
She said:

“Our investigations showed
that the little girl had been perpetually raped by her father who
impregnated her and forced her through abortion that has left her with
so many health problems.
“When the girl was pregnant, she did not
know. Her stepmother discovered she was pregnant and informed the
father. The father handed her over to a lady who took her to a quack
doctor for an abortion.
“After the abortion, the girl came back
home and discovered she was bleeding from her private part. The father
took her to that same lady who then took her to other places. The girl
is still in pains and highly traumatised. She has been going through
series of medical treatments.
“We want the police to really
investigate this matter and get to the root of the case. We want the
doctor to be arrested, and we want everybody that is involved to be
arrested and prosecuted to serve as deterrent to other people who are
involved in this act of perpetual evil against the girl-child. The
girl-child is tender and has a lot to contribute to nation-building.