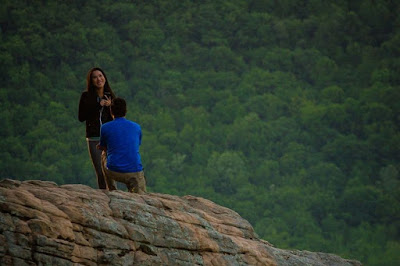 A photographer has opened up about his major mistake during a photo
shoot in which he was meant to capture a romantic marriage proposal.

Jacob Peters took to Facebook to narrate how he had received a message
from a man who wanted to propose to his girlfriend at the beauty spot
Hawks Bill Crag in Arkansas, USA, at sunrise – and he wanted to keep it a
secret.

Jacob, having accepted the job,  arrived at the park ,saw the couple, took the perfect photos, went home..Then this happened ..
Read below

“Around 6:17am a young couple shows up. It’s them. I’m sure of it. A little late but still not too late.
“They go up onto hawksbill crag [sic]. Hang out for a few minutes and
then it happens. He pulls out a ring, kneels down behind her.
“She turns around and starts crying and hugs him and it’s obvious she
said yes and all went well.I stick around for 10-15 minutes after, just
taking photos. Then they sit down, watch the sunrise and I figured my
job’s done, I’ll pack up and hike out.” 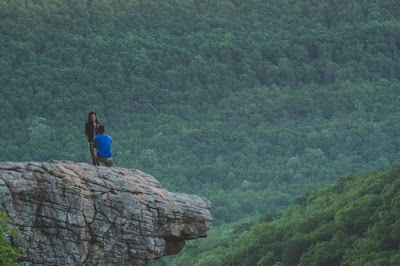 An exhausted Jacob hiked for an hour back to his car and headed home for a nap.

Having had no mobile phone signal at the beauty spot, he was finally
able to text the man doing the proposal and congratulate him, telling
him the photos were beautiful, before falling asleep at 9am.
It was only when he woke up that he saw his reply:

“I’m confused, we never saw you and we got there a little late, are you sure it was us? I was in a blue plaid shirt…”. 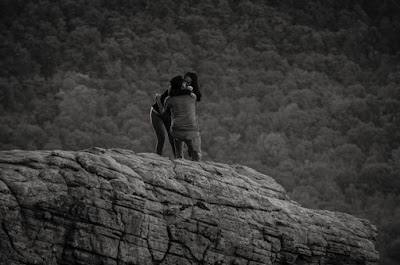 Turns out he took photographs of the wrong couple.

“So basically I spent 6 and half hours, $40 in gas and food, 450 photos, and took the wrong couple’s photos,” Jacob explained. 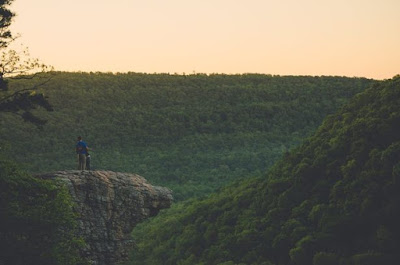 The photographer appealed for help on his Facebook page to find the
couple in the photos and has since posted an update to let his followers
know they came forward. 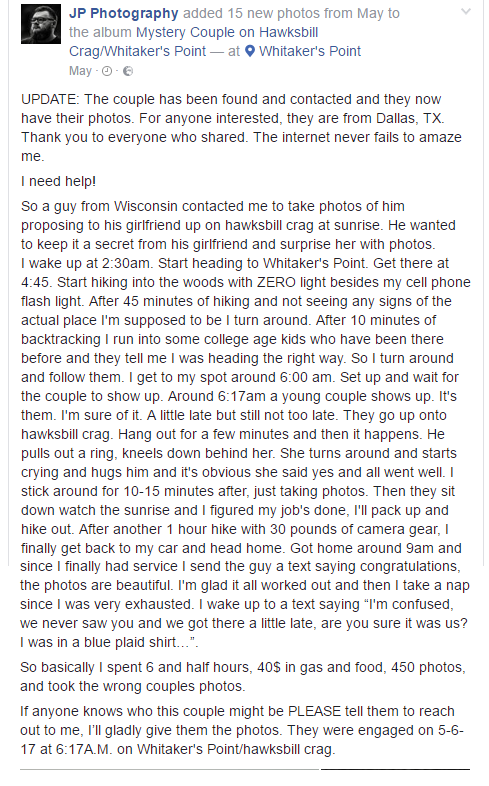