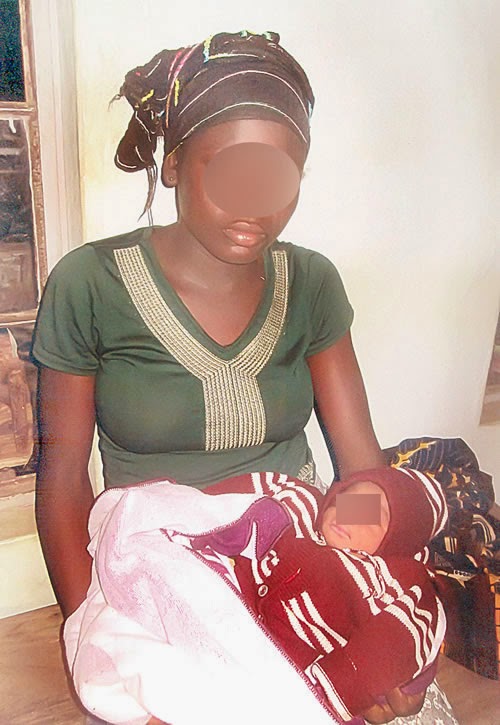 A
42-year-old man Segun Oderinde impregnated his 16-year-old daughter in Oyo state, last year and today, they have a child – a bouncing baby boy Moses Okiki Bolutiwatife.  This means that Oderinde is the father and
grandfather of his daughter’s baby!
The name, Boluwatife, means ‘As
God wills’, but is it really the will of God for a man to sire a child
through his own biological daughter? Okiki also means ‘fame’ but is it
this kind of fame the little baby would have wished himself?
This is the
strange thing that has happened in the Oderinde family in Gboro
Compound, Igbeti, Olorunsogo Local Government area of Oyo State. 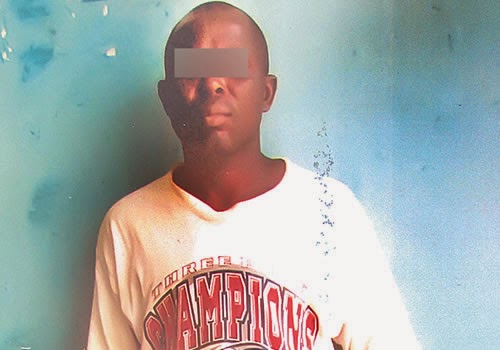 “I was living with my mother until 2013 when my father asked me to come
and live with him. On December 25, 2013, my father woke me up and asked
to remove my clothes but I refused. He drew a cutlass and threatened to kill me if I did not do his bidding. Afraid, I removed my clothes and he forcefully had sex with me. He was the first man to sleep with me because I had never had sex before then.

“The following day, I reported to one of his two wives who was a nurse
and she promised to ask him, but I don’t know whether she eventually
did. In March, 2014, he did the same thing again and I ran to his second
wife’s house and reported to her. She asked me to swear to an oath with
a bible but I refused since I knew I was saying the truth. I started
sleeping in her apartment.

“In April, he came to tell me to return to his apartment to do some
things for him but I refused to go. His wife however put pressure on me
to answer my father’s call since he wanted me to do some things for him
at home. I followed him after much pressure.
“Unfortunately for me, on Saturday preceding Easter celebration,
precisely on April 18, he had sex with me again. All the while, I did
not know I was pregnant.  I had my last menstruation in December 2013.

“My stepmother suspected I was pregnant and took me to one Mrs Aremu who confirmed the pregnancy. The case was reported at the police station and I started living with my paternal grandfather until I fell into labour. My mother wanted the pregnancy to be aborted but the doctor said he could not do it.
“After I was delivered of the baby and my grandfather was told that the
baby has a striking resemblance with my father, he ran away and has not
been seen since then.

“Since the confirmation of the pregnancy, the DPO and the DCO were the
ones who purchased baby things and other items that I would need during
and after delivery. They also paid my hospital bill. I now stay with my
mother and she is helping me to take care of the baby.”

The girl appealed to members of the public to come to her aid so that
her education would not be stalled. “I want to return to school. I was
in JSS2 when this happened but I don’t want it to mark the end of my
academic pursuit,” the girl said.