Family, friends and mourners filled up the Diepkloof Hall in Soweto on Wednesday for the memorial service of slain Karabo Mokoena.

The 22-year-old was found dead days after she was reported missing and her remains set alight in Lyndhurst‚ on
April 29‚ allegedly by her boyfriend. Her family only learnt of her
death last week‚ after searching for her and pleading for assistance in
finding her on social media.

A red carpet was laid out in the hall. A
large black and white portrait of smiling Mokoena stood on a canvas in
the front on the hall.

A white candle covered with a pink ribbon was
placed on the stage‚ which was adorned with fresh white flowers. Soft music
was playing in the background as row by row‚ seats began filling up.

Government
dignitaries including Gauteng Education MEC Panyaza Lesufi were among
those in attendance at the memorial service held in honour of the young
woman.

Mokoena’s funeral service will be held on Friday, May 19th. from 8 a.m to 10 am before proceeding to Westpark Cemetery. 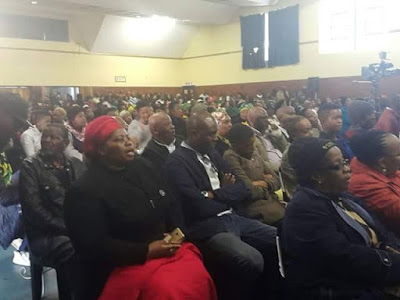 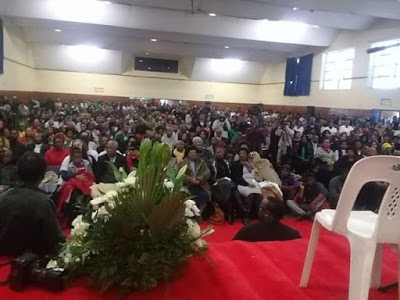 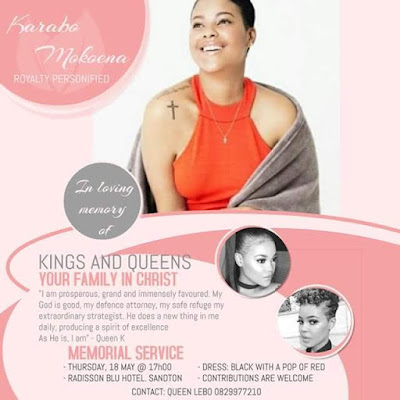 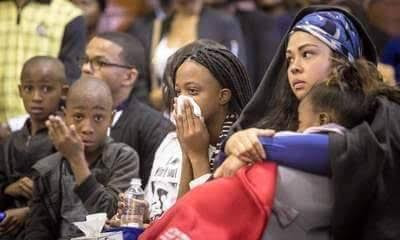 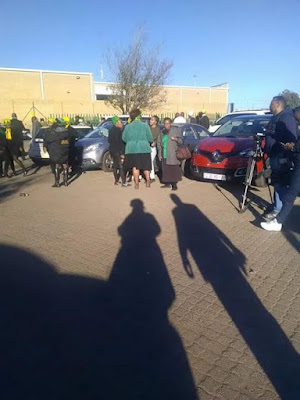 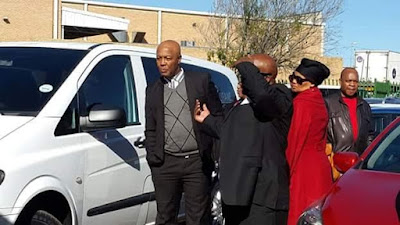 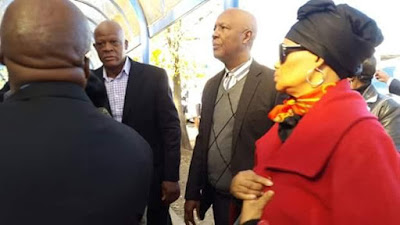 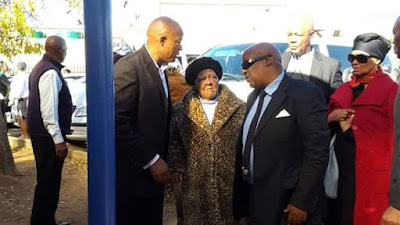 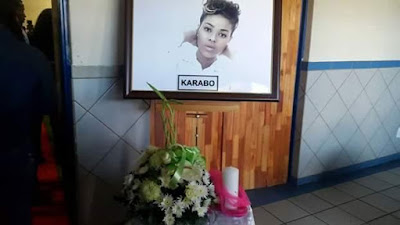 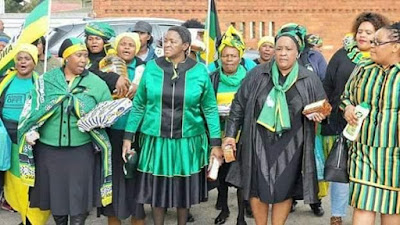 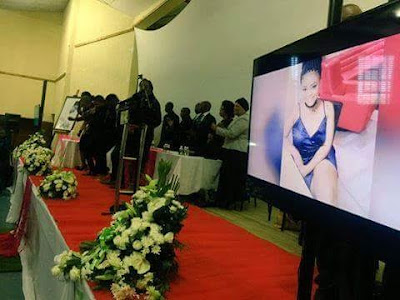