Soul E’s romance with Queen Ure is one
subject that many people will not forget in a hurry. Although both
parties have moved on with their lives after their highly celebrated
relationship crashed seven years ago, the former appears to be the most
affected. 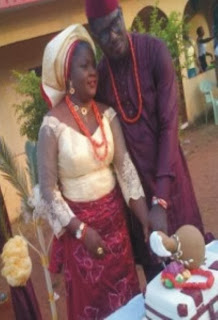 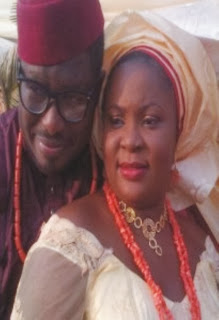 In a recent interview with E-Punch, Soul E who recently tied the nuptial knots with
his long time lover, Linda, confessed that scars from his failed
relationship are threatening to take the shine off his present joy.
Visibly angered by some of the reports making the rounds online, Soul E throws a few jabs at his critics.
He says, “Since I got married on January
2, I have been the subject of several allegations and speculations on
the Internet. A popular and controversial blogger, Linda Ikeji, painted
me in a negative light just to tarnish my image…

She said I married a
banker and that my wife was older than I am. This is not true. I am
three years older than my wife. So, I don’t understand why people still
call me a gigolo. The blogger even went as far as re-editing our wedding
pictures to suit her pupose.”

“We have been together for six years. I
met her shortly after I left Queen Ure. Mind you, we broke up one year
before members of the public knew about it. My wife and I run two
different travel agencies which she currently manages. I never married
secretly.”
“My experiences made me grow a thicker
skin. I have never been married before. Ure and I had a relationship
like every other person, it just didn’t work out. I don’t know why
people keep writing that Soul E remarries second wife. Where are the
pictures of the said marriage to Ure and why nobody is asking questions?
” he says.