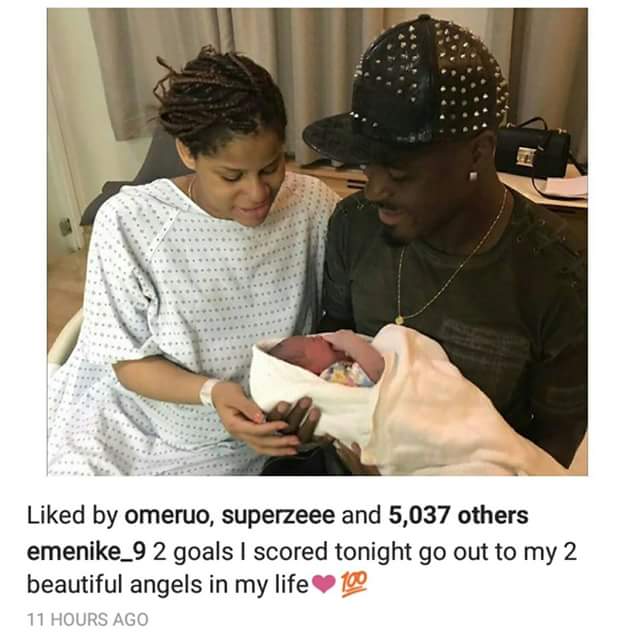 Nigerian international footballer, Emmanuel Emenike dedicated his two goals in Tuesday’s game to his ex-beauty queen wife, Iheoma Nnadi and their newborn daughter.
The 30-year-old forward scored two goals within seven minutes as Olympiacos defeated Astera’ Tripolis 2-1 in a Greek Cup tie
The former Fenerbahce forward converted from the penalty spot in the 71st minute before completing his brace seven minutes later as Besnik Hasi’s men got a ticket to the next round of the Greek Cup.
The 30-year-old is thrilled with his goals on Tuesday night and has dedicated them to his angels – his spouse and daughter.