That body on a 71-year old woman? Choi!!! Cher performed Believe at the 2017 Billboard Music Awards in Las Vegas
yesterday. The 71-year-old wore a sheer silver outfit and danced around
like a teen despite her age.

Her performance was introduced by Gwen Stefani who called her a role model and said she taught women ‘how to be strong.’

Cher then went on to sing If I Could Turn Back Time as she wore a
flashback black outfit from the 1990s. And she delivered a heartfelt
speech as she picked up her Icon Award later on. 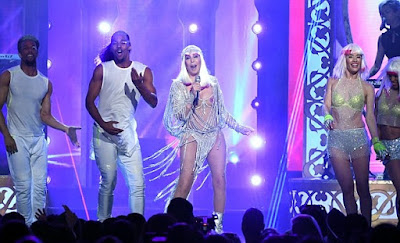 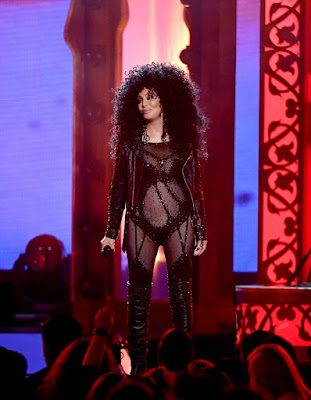