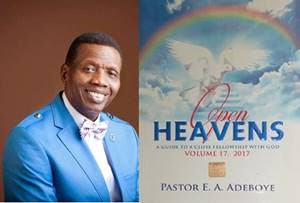 6:9 And the man of God sent unto the king of Israel, saying, Beware that thou pass not such a place; for thither the Syrians are come down.
6:10 And the king of Israel sent to the place which the man of God told him and warned him of, and saved himself there, not once nor twice.
6:11 Therefore the heart of the king of Syria was sore troubled for this thing; and he called his servants, and said unto them, Will ye not shew me which of us is for the king of Israel?
6:12 And one of his servants said, None, my lord, O king: but Elisha, the prophet that is in Israel, telleth the king of Israel the words that thou speakest in thy bedchamber.
6:13 And he said, Go and spy where he is, that I may send and fetch him. And it was told him, saying, Behold, he is in Dothan.
6:14 Therefore sent he thither horses, and chariots, and a great host: and they came by night, and compassed the city about.
6:15 And when the servant of the man of God was risen early, and gone forth, behold, an host compassed the city both with horses and chariots. And his servant said unto him, Alas, my master! how shall we do?
6:16 And he answered, Fear not: for they that be with us are more than they that be with them.
6:17 And Elisha prayed, and said, Lord, I pray thee, open his eyes, that he may see. And the Lord opened the eyes of the young man; and he saw: and, behold, the mountain was full of horses and chariots of fire round about Elisha.

MESSAGE:
One fundamental reason why some people have turned their back against godly living is that the ungodly are more in number than those who are godly. It takes faith in God to live a godly life in this age of political correctness, the ascendancy of philosophies of relativism and humanism, and agitation for the “fundamental human rights” of people involved in acts that are despicable to God. The age-long saying that “One with God is a Majority” is no longer popular because no one wants to suffer humiliation and marginalisation by the ungodly majority. The story in our Bible reading demonstrates the truth that one with God is indeed a majority. While waging war against the king of Israel, the king of Syria discovered that all the tactical information he was discussing with his generals was somehow revealed to the king of Israel again and again. The King of Syria was so troubled by this, because he thought he had a mole among his men, divulging all his secrets to the king of Israel. My prayer for you today is that God will expose every plan of your enemies to you, and all their destructive schemes against you will fall in Jesus’ Name. When the king of Syria discovered that Elisha was the divine informant leaking his secrets, he ordered his arrest. On seeing the great host of the king of Syria that came by night to arrest his master, the servant of the prophet was so afraid and he cried out to Elisha, “Alas, my master! How shall we do? “The prophet, in 2nd Kings 6:16, answered thus:
“….Fear not: for they that be with us are more than they that be with them.”
After Elisha prayed that the Lord should open the eyes of his servant, the young prophet saw an angelic host with horses and chariots of fire around where they were. There and then, he believed that indeed there is a majority of hosts with the one who is on the Lord’s side.

The question is, are you on God’s side? You have no reason to fear if indeed you are with God. When we are in the minority from a physical perspective, our Lord Jesus Christ warns us against being discouraged, because with God on our side, we are always in the majority. After all, Jesus’ Name is Emmanuel, which means “God with us” (Matthew 1:23). 1st John 4:4 says,

“Ye are of God, little children, and have overcome them: because greater is he that is in you, than he that is in the world.”
I therefore encourage you to move on to the righteous side of God today. Moving on to the side of Jesus Christ is moving on to the side of victory, redemption and peaceful living.
Prayer Point: Father, I have learnt that one with You is a majority, I therefore come to declare anew my allegiance to You. Please receive me to your side and fight my battle for me.