A United Kingdom returnee met his untimely death yesterday in an early
morning auto crash in Lagos.
The crash also left others severely
injured. According to Sunday Telegraph the deceased, who had just
returned on Saturday morning, chose to drive himself when he met his
untimely death on the popular Otedola Bridge on the Lagos Ibadan
Expressway.
It was gathered the accident, which occurred at about 7:15am,
involved a blue coloured Hilux truck with registration number FST 356 XS
and a truck with registration FKJ 519 CF.

It was learnt that the victim’s brother drove to the airport to pick
him up, but while coming back, he chose to drive while the brother
survived with injuries in the accident, which occurred on the out bound
side of the expressway.
It was also learnt that the cause of the accident was due to over
speeding on the part of the Hilux driver, who lost control of the
vehicle and rammed into the truck. 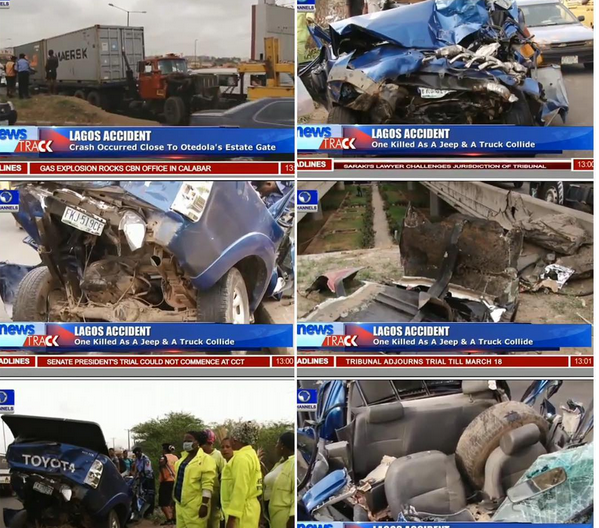