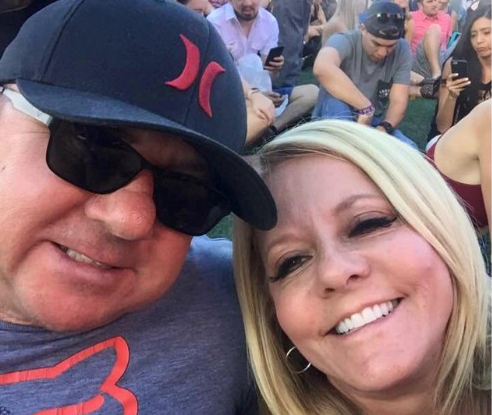 The couple survived the Las Vegas mass shooting but died in a car crash two weeks after.
According to reports, Dennis Carver and his wife, Lorraine, were at the Route 91 Harvest music festival in Las Vegas where killer Stephen Paddock opened fire, killing at least 58 and injuring more than hundreds of revelers. Yet the couple made it out alive after they ran for their dear lives.
Sadly, they were not so lucky when their Mercedes smashed into a metal gate and brick pillars outside their community in Riverside, California.
Dennis, 52, and “Lora,” 53, died in their car when it crashed less than a mile from their home on October 16. The car was engulfed by fire after the wreck, the California Highway Patrol said. It took firefighters nearly an hour to contain the blaze.