Julen Lopetegui has been unveiled as the new manager of Real Madrid just few days after he was sacked from his position as Spain’s national team coach. Julen Lupetegui replaces Zinedine Zidane at the Bernabeu after the French led the Spanish giants to a three consecutive UEFA Champions League success.

Before Lopetegui spoke at his unveiling, Real Madrid president Florentino Perez accused the Spanish FA of ‘disrespecting’ Real and attempting to destroy their image in an extraordinary statement.

He said: ‘We wanted to have this act after the World Cup, a successful World Cup for our national team. However circumstances mean we are here now, and we are delighted to welcome the new manager of our team.

‘I know for you, Julen, today is a day of a lot of feelings, strange feelings, as you wanted to be world champion, you wanted to make Spain champion of the world and then be manager of your dear Real Madrid.

‘Inevitably there will be some comments about what has happened, but Real and Julen made an agreement to work together after the World Cup, respecting his contract. We wanted to do it before the World Cup to make it transparent and avoid rumours.

‘There is no precedent that a manager agrees to become manager of a team after a competition and that agreement has been interpreted as disloyal. If you think it is, well, that is not how we do things in modern Spain. It is not true at all.

‘We wanted to make it transparent and clear to prevent leaks that could damage Spain during the World Cup. This agreement seemed all normal, but then it was a reaction of pride from the FA president which has disrespected Real Madrid.’

Below are photos from the unveiling. 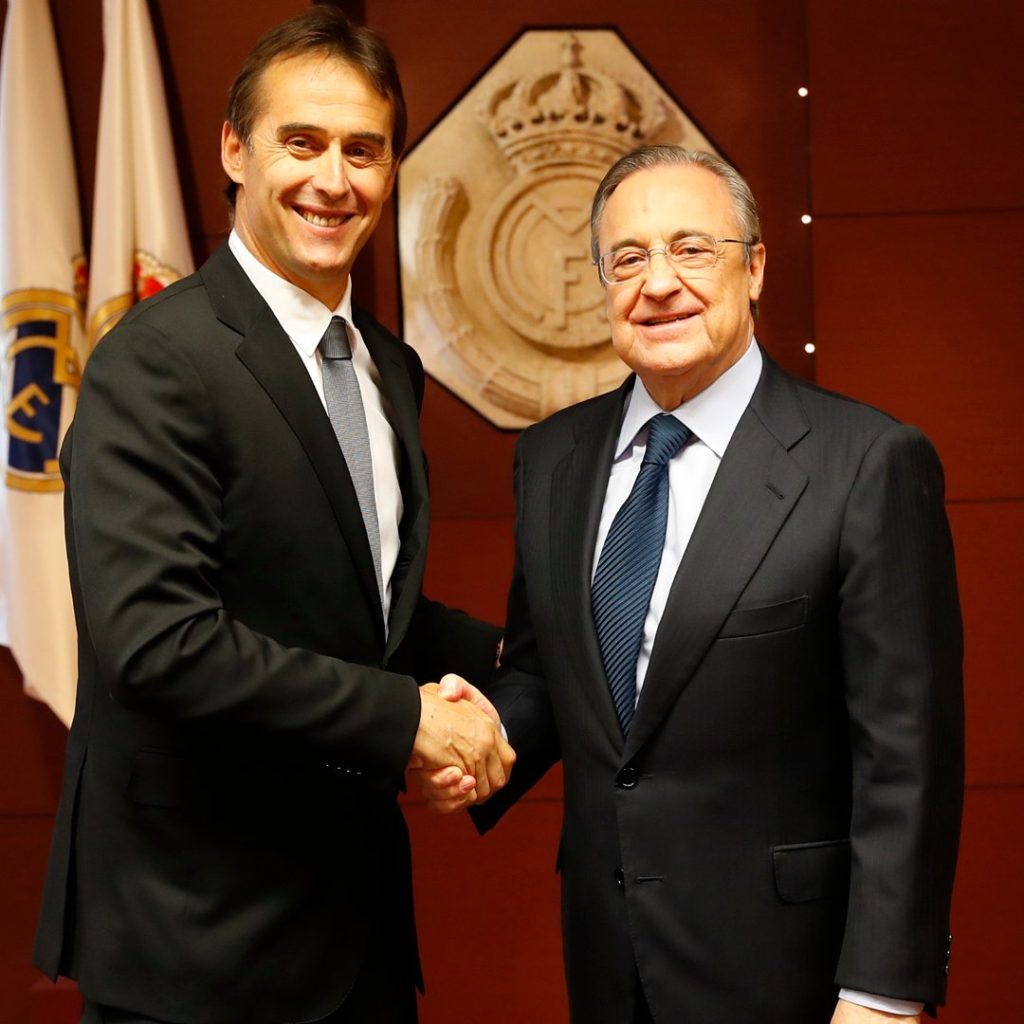 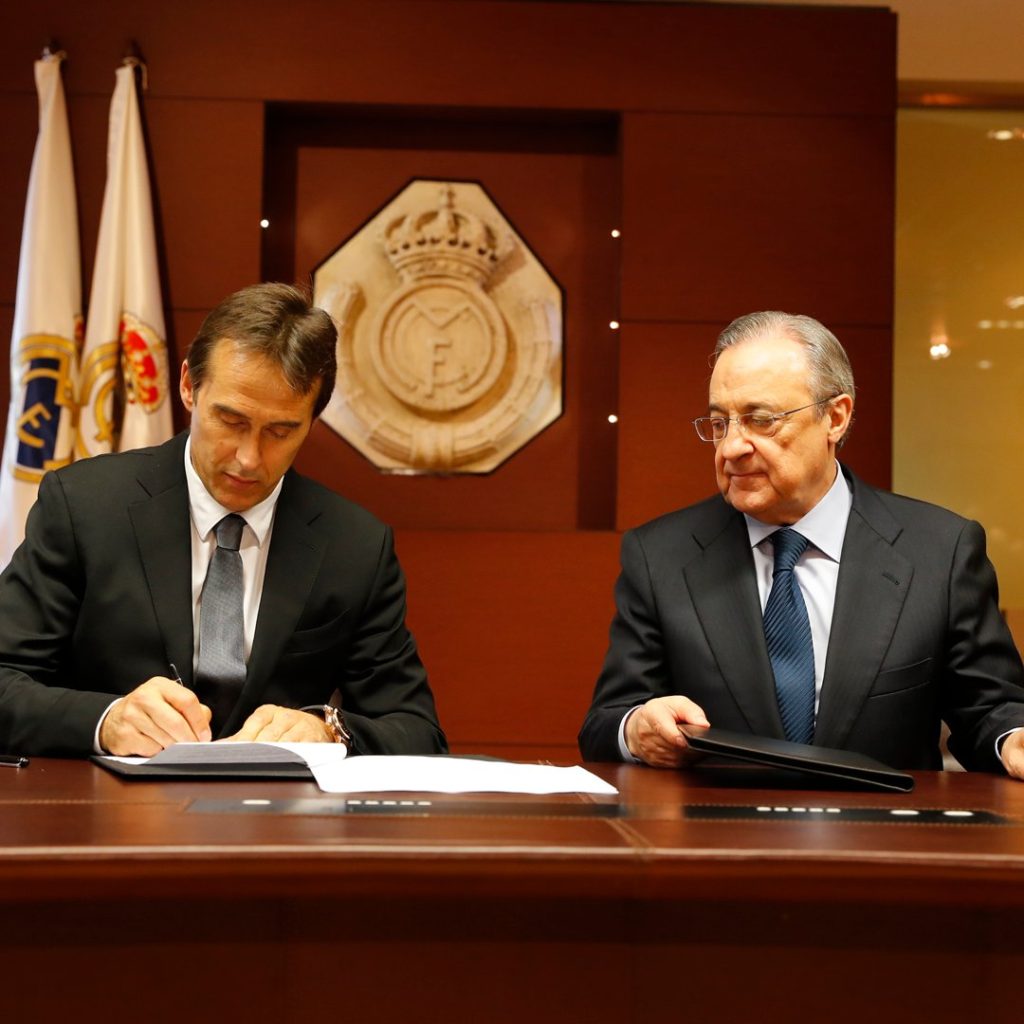 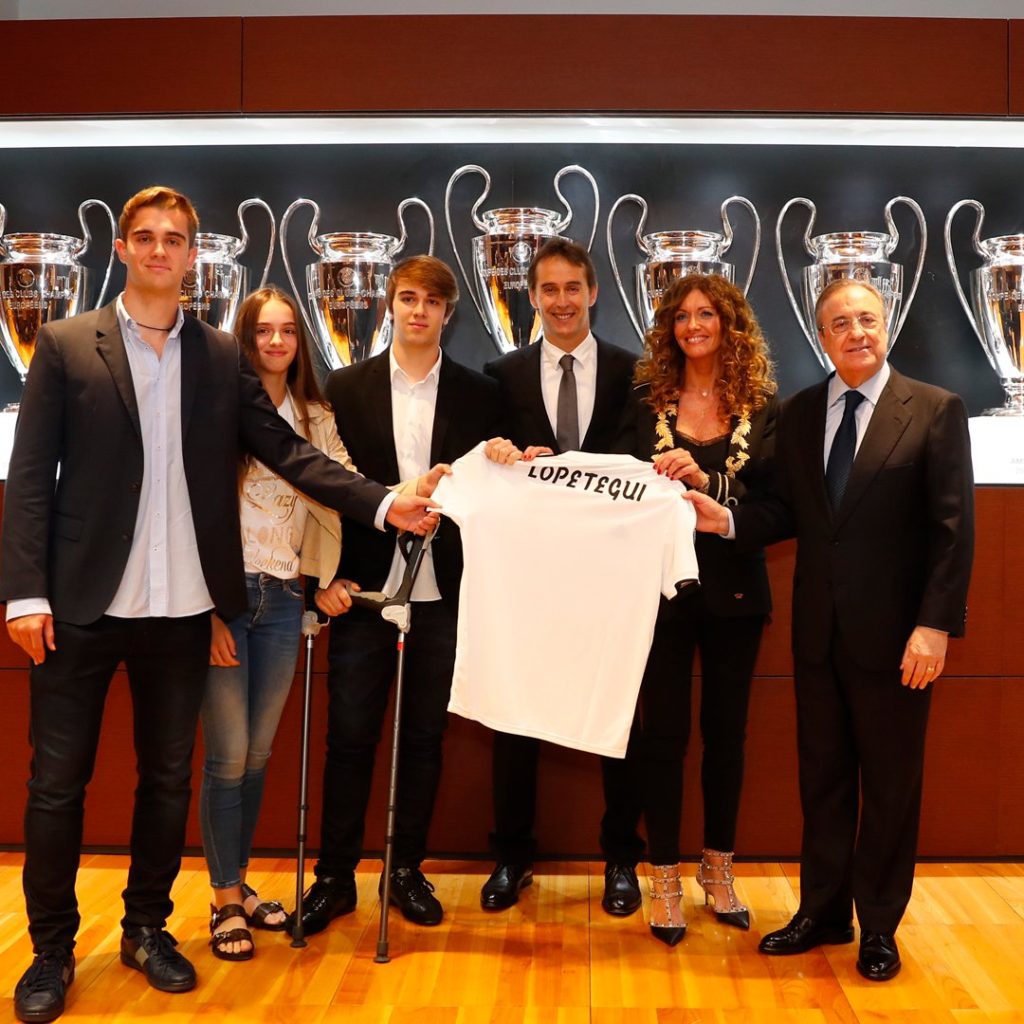