Stories we hear…..a certain young lady just shared this story on SDK, she claims it was witnessed by her neighbor….read on! 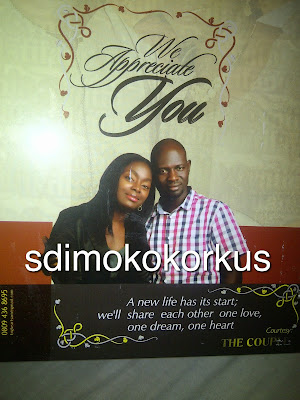 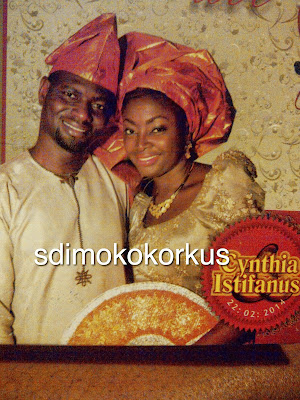 My neighbor dressed on Saturday 22nd February to attend a
wedding where the wife of the Senate President, Helen Mark,was to play
hostess.
The bride, Cynthia worked for her and was said to be an orphan thus had become her adopted daughter.
Few hours later, my
neighbor came back sweating profusely and swearing and cursing loudly, she
entered my room and came to give me this ‘nollywood’ gist. Let me narrate in
her own words what transpired;
We got to the venue of
the wedding at about 9am. 2hrs later and neither the bride or the groom
came out. After guests started getting impatient, the groom came out, took the
microphone and announced to the astonished guests that he was no longer
interested in the marriage!
Turned out that the
the Redeemed christian church of God RCCG that was supposed to wed them had conducted a pregnancy
test the day before the wedding and the result turned out POSITIVE.
Where the story
come get K-leg be say the guy had never slept with the girl!

The bride on her own
part insisted she was not pregnant and did another pregnancy test in a
different hospital which came out negative. The church did a second test with
their own doctor and again their own test read POSITIVE!
Come see drama
ooo! Church did several tests, all came out positive, the girl did several
other tests in different centers, all came out NEGATIVE.
To cut a long
story short, na there the groom say he no dey marry again hence the
announcement in church!
Bride cry tire,
her people curse the groom tire, the guy just siddon inside the car dey chop
him rice! And do you know the worst part of the story? The man’s people still
had the guts to pack the wedding cake, wine and other drinks as well as
souvenirs put for their motor wen them wan go and it was not the guy that
bought any of those things o!
Trust naija people
naa, guests still get mind siddon chop the buffet that had already been set and
some even pack take-away food, drinks and whatever souvenir they could lay
hands on, meanwhile they all went back with their gifts oh!
Even me sef
follow collect jotters, mugs and a set of pots! loll. All
this time the poor girl still dey cry with wedding dress insisting she wasn’t
pregnant but who go fight for her? She was only a poor orphan…
P.S: Do you support the groom? If indeed she was pregnant, was that
the best action for the guy to have taken – After all the same
thing happened to Mary in the bible and Joseph still accepted her!.