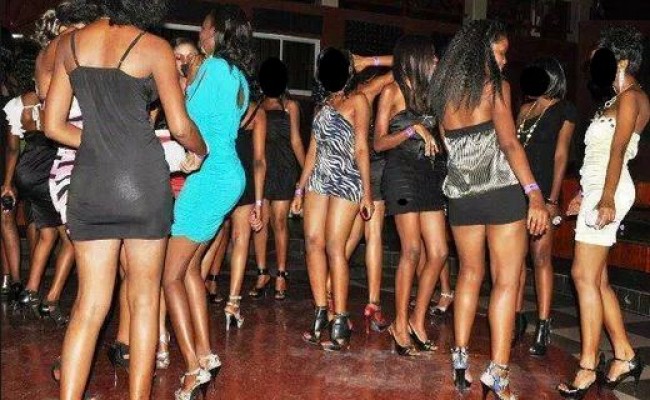 ‘We feel deserted’
The
ongoing Muslims’ fasting month, Ramadan, is also largely taking its
toll  on commercial sex  as most prostitutes now find it more difficult
to survive.
According
to the checks carried out by encomium.ng in some fun spots in certain
parts of Lagos state, some of the prostitutes, otherwise known as runs
girls, are not patronized at the moment. The situation has forced them
to reduce their charges ridiculously.
One
of the prostitutes who volunteered to speak with encomium.ng under the
condition of anonymity lamented the dwindling state of the oldest trade.
She added the ugly situation has demanded that they settle for any
amount if only to survive as most men are now shying away from the act
because of the ongoing fasting.
“Most
of us you see wandering up and down find it difficult to get any offer
from men now, whether short rest or lodging, irrespective of the fact
that prices are cheaper now compared to what we used to charge before
Ramadan. Although, things were also tough before the month started, not
as bad as we experience now.
“Now,
we close early. What is the essence of standing till late hours and
yet, nothing to write home about. No permanent customer now. If you’re
lucky to see any man now, just look for extra way of convincing him if
you don’t want to sleep hungry. The economy has been terribly bad even
before the fasting. That’s why we now find it more difficult to
survive.”
Another
commercial sex worker, Joy, also corroborated the earlier submission.
She added that at times she treks home when she can’t make a dime that
can even make up for her transport back home.
“This
fasting has spoilt business for us as if all men patronizing us are
fasting. Even, the non Muslims among them have deserted us since the
fasting started. Even most of us settle for as less as N1,500 now so as
not to go back home empty handed. Some times, I trek home. And the
fasting has just started. That means we still have a long way to go.
Coping without customers is now extremely difficult. Some of us even
fight because of men now because very few men patronize us. I don’t have
any other trade than ‘runs’. I pray the fasting ends, the business will
pick up a little.”