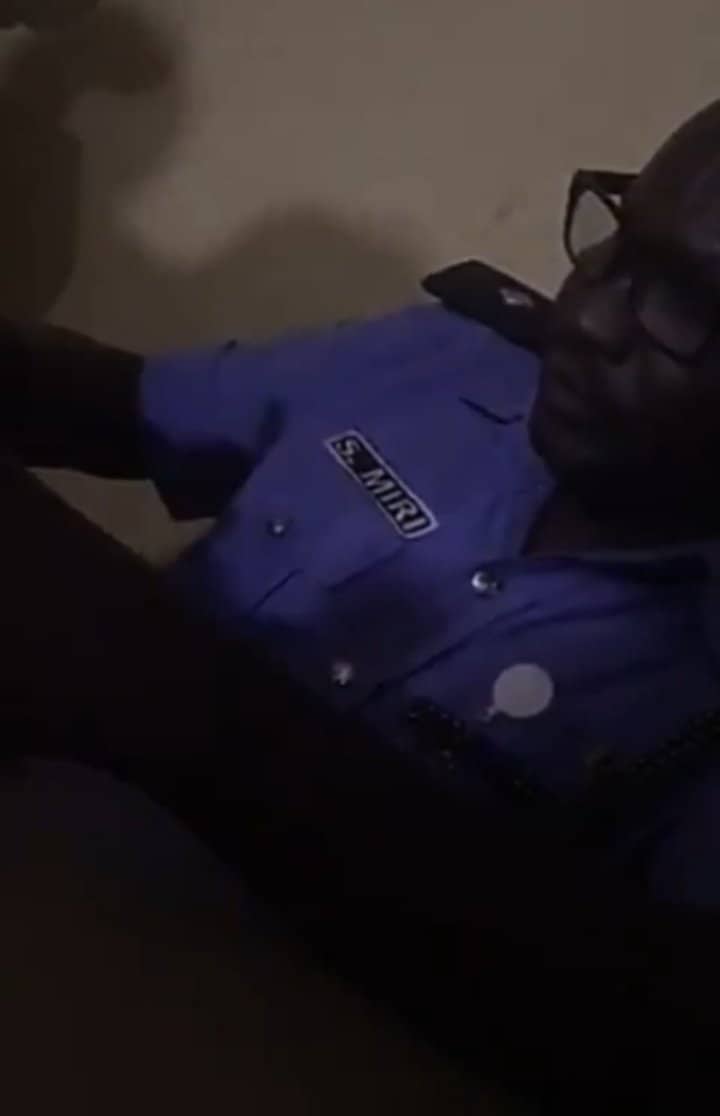 A video of a police man identified as Mr.Miri has gone viral on internet for allegedly extorting money from two women.

In the said video, was heard affirming to the fact that he harassed and is extorting the women saying they have no two heads and are not different from other people.

The victim was also heard saying the said policeman didn’t bother to hear their complaints and he responded that he wasn’t the one that arrested them so it’s none of his business.

One of the women also asked the police man if he is truly serving the country Nigeria and he responded by saying, I am not serving anybody.

After being asked if he is sincere with himself as both the victims and the policeman were Nigerians, he then said they ste beginning to provoke him.

The policeman further said the victims can go to any length to report him either their lawyers or the police IG, he doesn’t care as the victims were so rude to him.

Watch the video of the alleged extortion below.