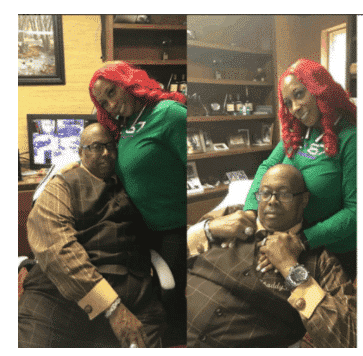 A US pastor, Thaddeus Mathews has slammed those who criticized a picture that shows him placing his head on the boobs of a lady whom he claims to be a fan that came by to say hello.

In an Instagram post, he defended himself with claims that people shouldn’t expect him not to be manly simply because he’s a pastor. Read his post below.

”When did so call straight men start having a problem with a man laying his head on some titties? A pastor is just a man no more no less but in the traditional church you have been taught that the pastor is not suppose to be manly which is the reason most of them are sneaking around. I’m glad when I see a man doing what a man is suppose to do in admiring and having desire for a woman. Some are you fake ass church folk are [email protected] until you are no earthly good.

Your pastor is just a man, he has the same desires for the love and touch of woman and any other man. There is no set of rules for the pastor and the non pastor. I saw women who had a problem with my pic with a fan are you so insecure with your own looks that you looked for a negative, guess what it didn’t make you look any better. I’m a single man who loves the beauty and sexiness of a woman. And if God doesn’t have a problem with you why do you.

When people go out of their way to make negative comments or do negative things to you, smile because they really wish they had the positive things going on in their lives that you have”. 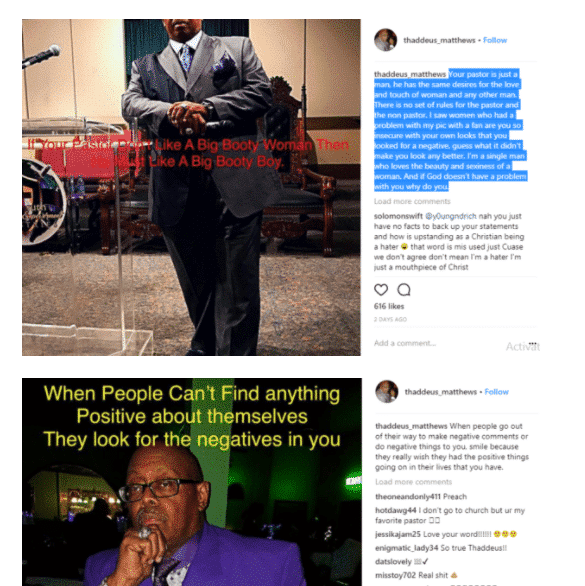 If you want to be like Dangote and Bill Gates, stop listening to Adeboye and Oyedepo – Daddy Freeze