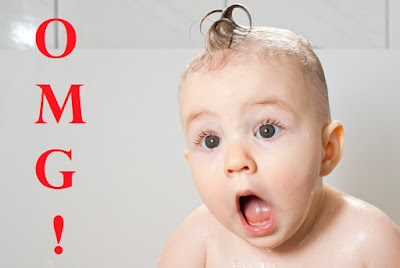 A self-acclaimed pastor, Alimi Isaiah, who claims to be the founder of
the C&S Idapomimo Zion, located at Alagbado, Lagos, has been caught with a dry skull, a buffalo horn and charms.


He was arrested by operatives of the Federal Highway patrol of the Oyo
State Police command during a routine stop and search. The 55-year old
suspect, who was dressed in long white robe was caught around 10:30 pm
on Thursday on his way to another branch of the church at Imini, via
Ijaiye in Afijio Local Government of of Oyo State.

While being paraded alongside other suspected criminals at the Oyo State
Police Headquarters, Eleyele, Ibadan, yesterday, by the State
Commissioner of Police, Mr Abiodun Odude, Isaiah confessed that all the
items including gun powder, one Nissan Primera car with registration
number APP 379 EP and other charms were found on him.

The CP said, in the last two weeks, we have been able to to arrest 12
armed robbery suspects, three cultists, suspected ritualist in
possession of human skull and two thieves. Other items recovered include
12 arms, 106 ammunition, eight vehicles and 14 phones.

Asked why he had the human skull and charms in his possession, Alimi
Isaiah said: “Some residents of Imini at Ijaiye, Oyo State begged me to
help them check incessant robbery attacks in the area, which forced
seven villages to be deserted.

When they came to me, I went to one old man, who advised me to get a
human skull and other items that would be buried in the area to keep the
robbers away. My church is at Alagbado area of Lagos. All I wanted to
do was just to bury these items.”

Narrating how he got into the acts, he said he was a son of a herbalist
and that he took over his father’s job. “My dad is a juju man
(herbalist). I was going to Ijaiye when some policemen stopped me. They
searched my bag and found this sheet of paper which contains my
spiritual notes on how to use charms. They were reading it and I told
them they had no right to be reading my notes. It was then they said
they would take me to their station.

My reaction prompted them to search other items in my bag. Then, all
these items were discovered,” he said. Asked the relationship between
his title as a pastor and charms and skull found on him, the suspect who
called himself “father of Jesus” said he actually wanted to use the
skull and the charms to help his clients.

Also paraded was a robbery gang that allegedly operated within Ibadan metropolis and other parts of the state.

The CP said members of the gang invaded the home of a victim at 19
Kajola zone, Ayokale area, Ibadan and robbed him of his valuables at gun
point.