Panic as Head Of Wuhan Hospital dies of Coronavirus 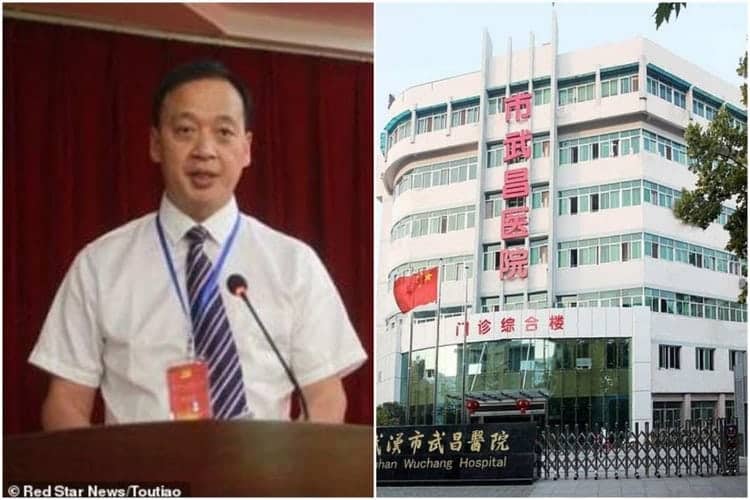 The Head of Wuhan hospital Dr Liu Zhiming, the director of Wuchang Hospital, has died of Coronavirus, the People’s Daily, the official newspaper of China’s Communist Party has confirmed.

The paper tweeted the news, writing;

“Liu Zhiming, director of #Wuhan Wuchang Hospital, died on Feb. 17 due to the infection with #COVID19. He is the first hospital director that died from #coronavirus”.

In what Red Star News called a ‘sacrifice’, Dr Liu died in the fight against novel coronavirus, while a doctor who worked at Wuchang Hospital told the paper that he was saddened by Dr Liu’s death.

It’s the latest in a string of medics who have fallen victim to the disease, which has so far infected a reported 71,450 people.

According to Daily Mail, a Hubei health official, has denied the death of Dr Liu Zhiming, the director of Wuchang Hospital, saying he was still being rescued after media reported he had died of the novel coronavirus.

The conflicted reports resemble the coverage of the death of Dr Li Wenliang, who was punished for sounding the alarm over the coronavirus and lost his life to the disease earlier this month.

Dr Li’s hospital denied reports of his death, only to declare his passing in the wee hours the next day.

The move caused an outpouring of fury from the public, who accused the hospital of covering up truth.

The overall death toll is currently sitting at 1,776, with all but five of them in China.