Oba Akiolu finally speaks on snub of Ooni of Ife, Buhari addresses his health issues and other major headline stories you missed today!

Oba Akiolu finally speaks on snub of Ooni of Ife

Oba of Lagos, Oba Rilwan Akiolu, Thursday evening, cleared the air on the video that showed him snubbing the Ooni of Ife, Oba Adeyeye Ogunwusi, at a public function in Lagos.
Oba Akiolu said his gesture was not ‘snub’ as being dubbed but that
it was the culturally acclaimed way of greeting a monarch in Lagos.

Oba​ ​Akiolu​ ​has received several knocks ​over the incident.​
Oba Akiolu spoke through by one of the white cap chiefs of Lagos, Lateef Aderibigbe Ajose, who is the Opeluwa Onido of Lagos.
Ajose said the Lagos monarch did not ignore Ooni of Ife at the public function as being misconceived by people.

He said Oba Akiolu’s response to Oba Ogunwusi was the culturally acclaimed way of greeting a monarch in Lagos.
He added that the Lagos King is basically trying to revive the
culture and tradition of ancient Lagos, which is peculiar to the State.
Other tribes also have their peculiar ways of greeting, he said.

Ajose stated: “The sign by Oba Akiolu signifies ‘inu mi, inu e’, the culture of greeting in Lagos.
“If Oba Akiolu wanted to ignore, he would have turned his face away from Ooni.
“There is no misunderstanding between both highly revered monarchs in Yorubaland.”
According to Ajose, the relationship between both Yoruba kings is peaceful and mutual.
He said: “Oba Akiolu was well represented at the coronation of Ooni
of Ife, which attested to the fact that he does not disregard the office
of Ooni Adeyeye.”
Chief Ajose said Oba Akiolu had waited till this time to react to the
issue because he had to meet with other chiefs in the palace to rub
minds before addressing the public on the matter.
He said: “There is no sentiment in the culture of Lagos. As we met it, that is the way we are doing it.
“Kabiyesi Oba Akiolu is trying to bring back the old pattern, the old culture we have left behind.
“What happened that day was wrongly speculated by the social media to
disrupt peace and order and misinterpret Oba Akiolu’s action.
“We just want to appeal to the social media to stop spreading wrong information.
“They should try and understand the reason behind every action
carried out, most especially by traditional rulers. “Yoruba has a very
rich culture.
“There is no quarrel between the Oba of Lagos and Ooni of Ife.”

Minister of Information later said the President needed rest and would work from home.
However, in a statement signed by president Buhari’s Media chief,
Garba Shehu, made available to the press, the presidency urged Nigerians
not to be apprehensive over Buhari’s health.
The statement reads, “The Presidency hereby assures the good people
of Nigeria that, despite the insinuations of a number of media
organizations, there is no need for apprehension over the health of our
President, Muhammadu Buhari.

“President Buhari’s absence at the Federal Executive Council meeting
of Wednesday, April 26, was a last minute decision; otherwise, the
cabinet and the public might have been alerted in advance.
“As eager as he is to be up and about, the President’s doctors have
advised on his taking things slowly, as he fully recovers from the long
period of treatment in the United Kingdom some weeks ago.
“President Buhari himself, on his return to the country, made
Nigerians aware of the state of his health while he was in London. Full
recovery is sometimes a slow process, requiring periods of rest and
relaxation, as the Minister for Information, Lai Mohammed, intimated in
his press briefing after the FEC meeting on Wednesday.

“Despite his lack of visibility, Nigerians should rest assured that
President Buhari has not abdicated his role as Commander-in-Chief of
Nigeria. He receives daily briefings on the activities of government and
confers regularly with his Vice President, Professor Yemi Osinbajo. His
private residence, in which he has been spending the majority of his
time recently, also has a fully equipped office.
“God is the giver of life and health. We are grateful that He has
seen our President through the worst period of his convalescence in
London. We are thankful that the President has passed a number of
benchmarks already. We pray that God continues to see him through this
period of recuperation.”

The Naira on Thursday depreciated slightly against the dollar at the parallel market.
The Nigerian currency lost two points to close at N390 to the dollar,
while the Pound Sterling and the Euro traded at N495 and N415,
respectively.

At the Bureau De Change window, the naira was sold at N362, while the
Pound Sterling and the Euro closed at N490 and N420, respectively.
Trading at the interbank window saw the naira close at N305.85 to the dollar.
The naira, however, appreciated marginally at the investment and
export window, as it closed at N379.04, from the N379.89 it opened
earlier today.

The Lagos State Government on Thursday said it rescued 237 abandoned babies from the streets of Lagos in the last one year.
Commissioner for Youth and Social Development, Mrs. Uzamat
Akinbile-Yussuf disclosed this on Thursday at a ministerial press
conference in Alausa, Lagos, Southwest Nigeria.
According to Akinbile-Yussuf, adequate care and protection were
provided for vulnerable children, abandoned, homeless, abused or other
children whose rights and privileges as stipulated by the Child’s Rights
Law (2007) had been trampled upon.
“Two hundred and thirty-seven abandoned children and babies were
rescued during the period under review. This comprises of 106 male and
131 female. This figure is higher than the corresponding figure of 149
children that were rescued in 2015 while between January 2017 till 53
children have been rescued,” she said.

Troops of the 21 Brigade on Thursday engaged the Boko Haram
terrorists in gun battle at the Sambisa Forest leading to the terrorists
recording huge casualties.
A statement from deputy director army public relations, Lt Col
Kinsley Samuel said, the terrorists paid dearly as the troops
neutralized 15 of them and wounded several others. 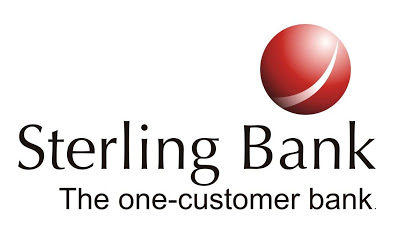 The management of Sterling Bank plc has reportedly sacked about 625
members of staff of Sterling bank. The sad news was relayed to the
affected workers last Friday, April 21st. The reason for the sack ranged
from poor performance, right sizing and disciplinary issues.
Many of the sacked workers lamented of the hardship they are going to face considering the recession in the country.
breaking news Naija news news now News Today nigeria news Sterling Bank Sacks 625 Staff
Share. Facebook Twitter Pinterest LinkedIn Tumblr WhatsApp Email
Previous ArticleFive facts you should know about Jenifa’s Diary ‘Adaku’s’ Love Life at 40
Next Article Friday daily devotional by Pastor E. A. Adeboye (Open Heavens 28 April 2017) – The Privileges of God’s Children I