A Twitter user named Olu has narrated how he was introduced to Tramadol, Refnol and Codeine during his NYSC 3 weeks orientation camp and how he almost almost lost his life due to drug overdose and addiction. He finally revealed he learned the hard way and warns others involved.

Read the touching story of Olu after the cut: 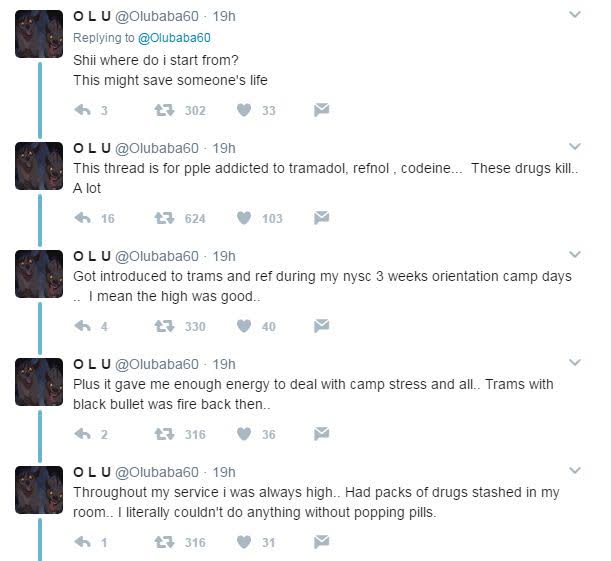 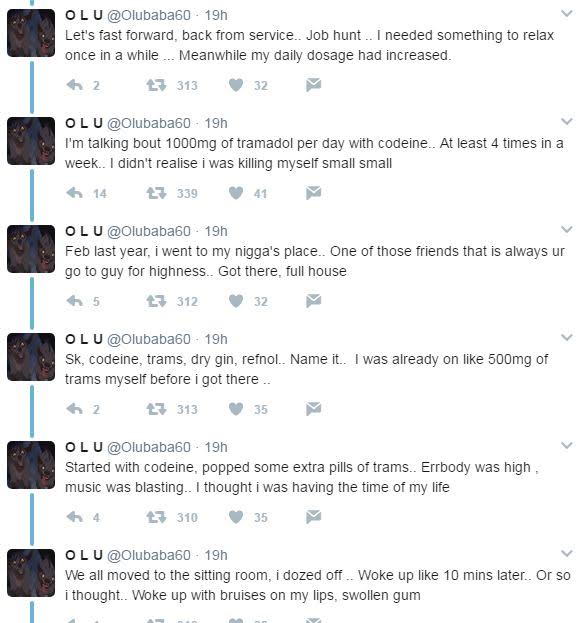 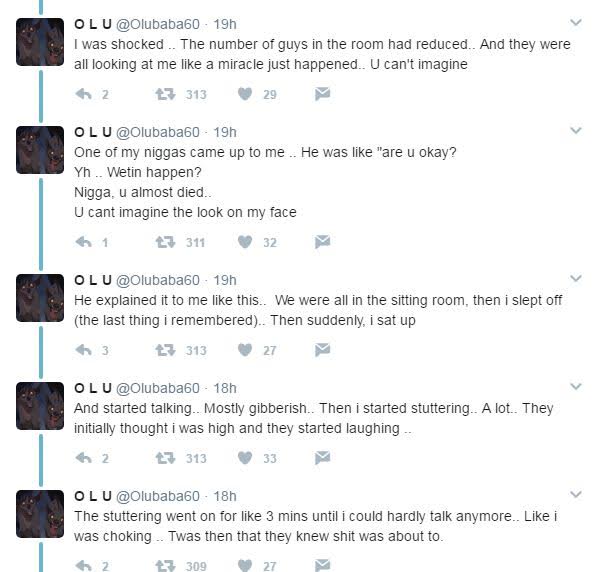 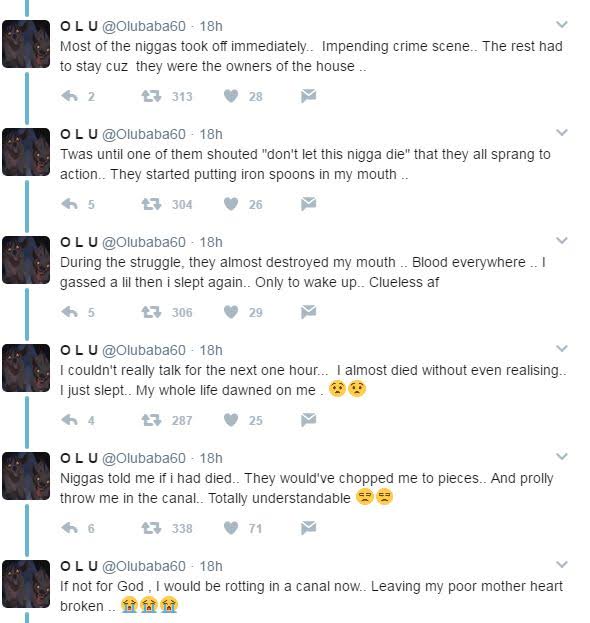 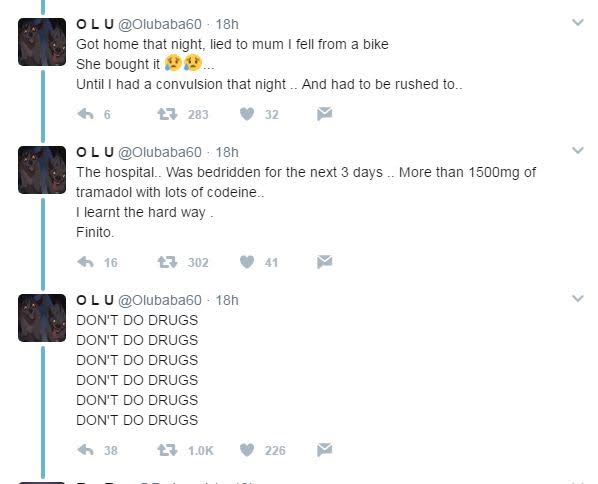