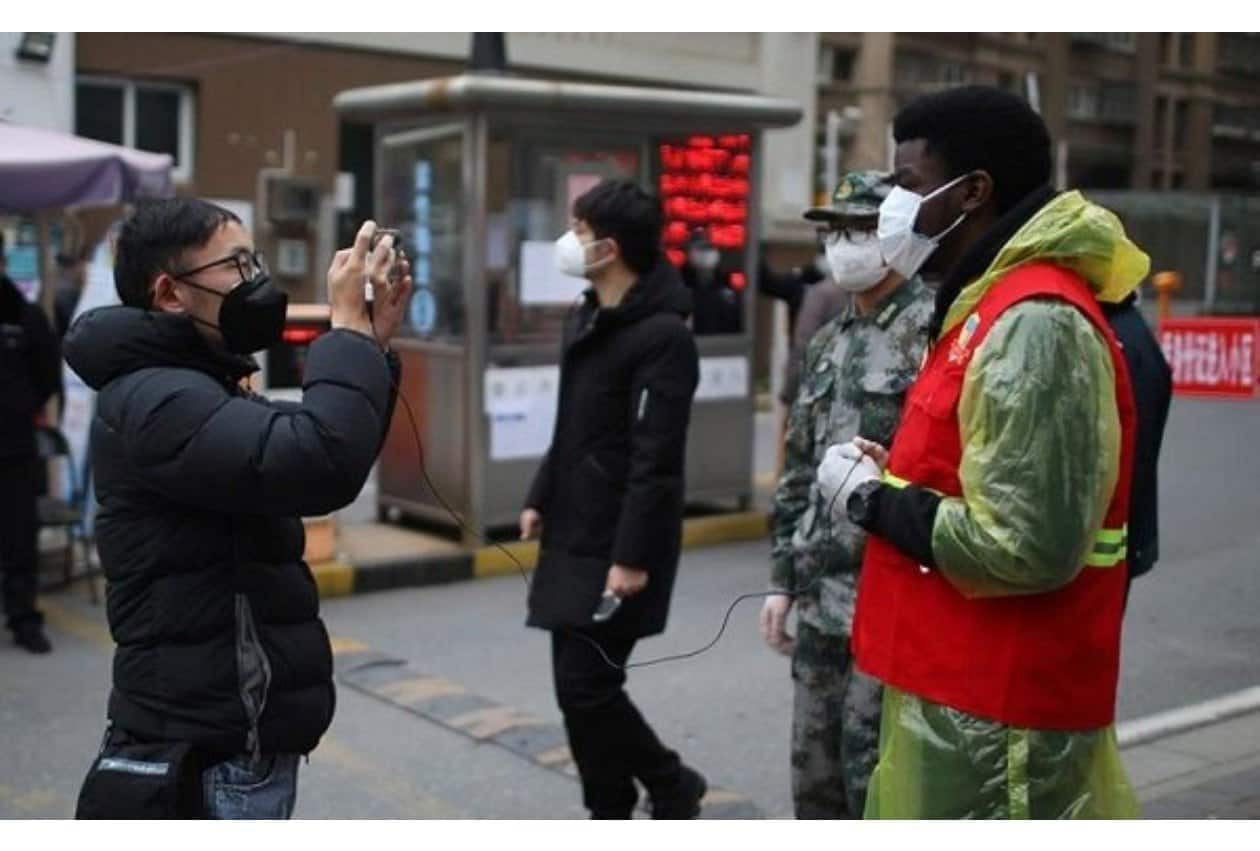 Against all odds, a Nigerian student in China, Olatoye Babatunde has volunteered to help fight against the deadly Coronavirus in China, which has killed at least 2,224, infected a staggering 76,775 people, and spread to about 28 countries across the globe.

Babatunde, 24, was said to have volunteered after deciding he could contribute his little part, having been touched by the efforts of medical workers who fight against the disease at the frontline.

According to Ecns, Babatunde, who lives within East China’s Jiangsu province, helps record the travel information of residents of the community and takes their temperatures in Nanjing.

Ever since he started his volunteering on February 6, pictures of him going about his duties amidst kitted Chinese medical experts have been making the rounds on social media.

“I was scared. Countless cases were piling up on the desks, and every single doctor was wearing protective clothes, something I’d never seen before,” the young volunteer was quoted to have said.

According to reports, Babatunde had suspected he caught the virus on January 21, after he started running a fever and could not finish his dinner on account of feeling weak.

However, doctors had dismissed his cases as a minor one, advising that he goes home, only for the pain to deteriorate, with some members of his family later showing symptoms of the disease.

Babatunde’s test results were negative as Chinese medical experts warned of the possibility that uninfected people may suffer the paranoia that accompanies the fear of contracting the disease.

Other countries where cases of the disease have been reported are Thailand, Canada, Australia, Italy, Russia, Sweden, Finland, Cambodia, and the United States.