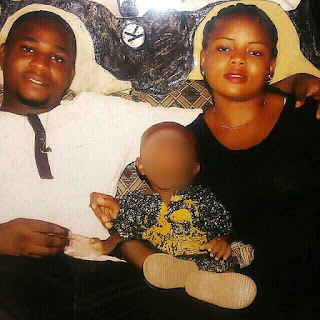 Here’s an update on the couple who drugged their family friend, raped her.. and then shared the video on Social Media.

The suspects, Obinna and Chinyere Arthur have been arrested and charged before a Lagos Magistrates’ court for the brutal act.

Speaking to PM Express,
it was gathered that Obinna, who hails from Ogidi, Anambra State
admitted his crime in a confessional Statement to the police. He said
that he did so as a revenge over the business transaction between him
and the victim’s husband, Kenneth, which later turned sour.

According to the father of two kids, he collected the sum of N1.2
million from the victim’s husband and when he was unable to pay, he then
planned to blackmail Kenneth by sexually assault his wife so he could
forget the money.

The victim of the rape and mother of four told P.M.EXPRESS what transpired between her and the couple.

She narrated that the couple relocated to Lagos from Onitsha, Anambra
State last year and moved into their compound and they later became
family friend.

She said her husband loaned the suspect the money for importation of
clothes and when her husband started demanding the money from him, he
then planned to blackmail the family.

The woman said because they were family friends, when Obinna put a
call to her husband to send her to the popular hotel in Egbeda, Alimosho
area of Lagos to collect the money, she however did not suspect any
foul play.

She said when she got to the hotel and she was offered a drink which
she drank and thereafter became unconscious, she was taken to a room
where she was stripped naked, raped by Obinna while his wife used her
phone to record the act and then posted it on the social media.

The couple, who reside at Ogundipe Street in Santos Layout in
Akowonjo, Lagos, lured the victim to Greenland Hotel in Egbeda where she
was sexually violated.

At the Ejigbo Magistrates court where they were arraigned, they pleaded not guilty.

The presiding Magistrate, Mr Akeem Fashola granted them bail in the sum of N500,000 with two sureties in like sum.

They were remanded in prison custody pending when they will perfect their bail.