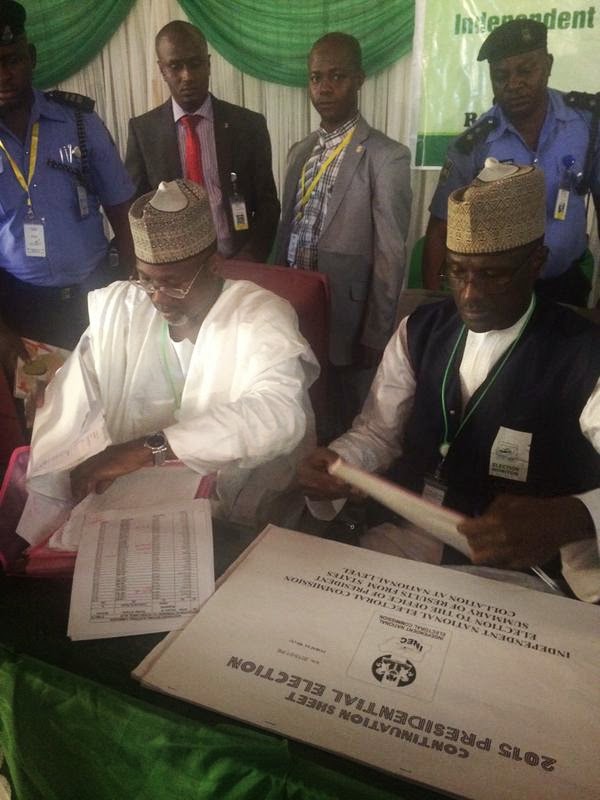 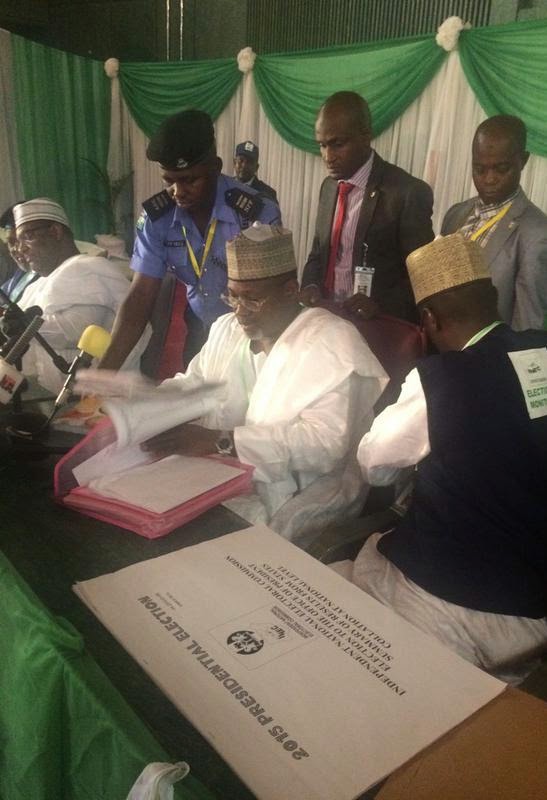 The Independent National Electoral Commission has postponed the announcement for the 2015 presidential elections results.

After reading out the results of 19 states with an interval of two recesses, Prof. Attahiru Jega announced that the election readings would
be continued on Tuesday by 10am.