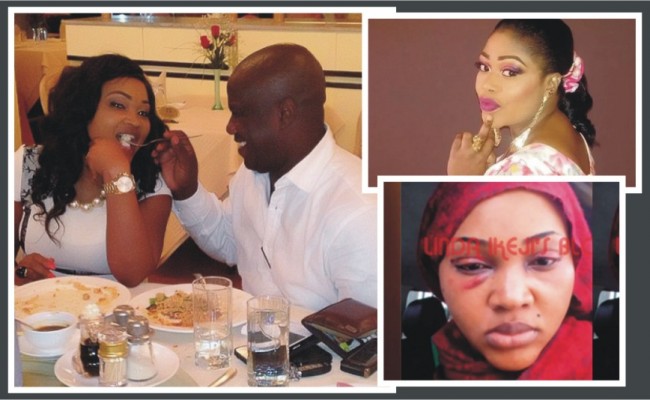 Contrary to the tale making the rounds, Mercy Aigbe’s husband, Larry
Gentry, never married top Yoruba actress, Bimbo Akinsanya, better
addressed as Omo Oloja  nor did he have a baby by  the sultry
entertainer.
The story was denied by Gentry as soon as it broke a
couple of years ago.

Meanwhile,
the CEO of La Veronique Hotel, Oregun, Lagos, Gentry, was once married
but not to Omo Oloja. And his marriage was blessed with two children
before meeting Mercy Aigbe about 10 years ago.
Omo Oloja just got married about two years ago and the marriage has been blessed with a baby girl so far.
This,
however, laid to the rest the speculation of any amorous adventure
between Gentry and Akinsanya let alone being married to each other.
breaking news Larry Gentry mercy aigbe Naija news news now News Today nigeria news
Share. Facebook Twitter Pinterest LinkedIn Tumblr WhatsApp Email
Previous ArticleHe didn’t get a London invitation! Insiders finally reveal why Oba of Lagos publicly snubbed Ooni of Ife
Next Article Saheed Balogun, Yinka Quadri and Dele Odule recount how Olumide Bakare struggled to stay alive