Many cars damaged as gas explodes at Sheraton Hotel 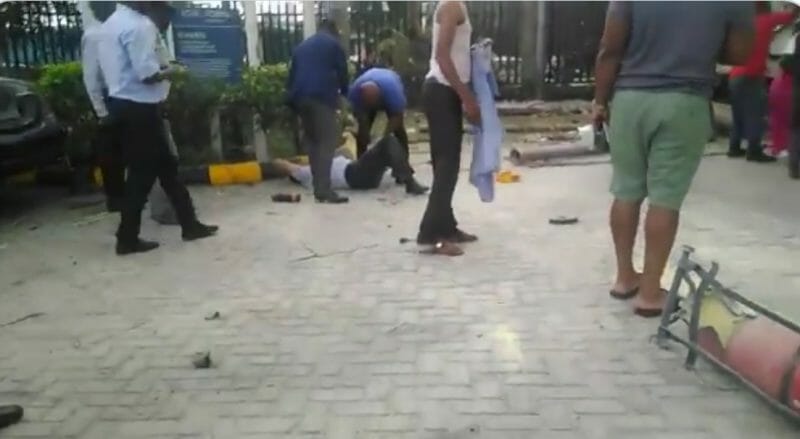 Three people and many cars have been reportedly damaged following a gas explosion that occurred at Four Point by Sheraton Hotel in V.I, Lagos State.

According to the Lagos State Emergency Management Agency (LASEMA), three persons were injured in the incident that happened this afternoon.

The gas cylinder that exploded while some artisans were doing some welding in the hotel premises, caused some extensive damages to parked cars and injuries to several people nearby.

The explosion occurred at about 12:35 pm, causing panic in the area.

Room and car windows were shattered by the explosion.

According to Director General Lagos State Emergency Management Agency (LASEMA) Dr. Femi Oke-Osayintolu: “The situation is under control as a combined effort of the LASEMA Response Unit (LRU), Nigeria Police alongside staff of the hotel are on ground to ensure a swift recovery.

“A total of three people sustained severe injuries as a result of the blast and two have been rushed to Lagos Island General hospital for intensive care by LASEMA Ambulance Unit while one was rushed to a nearby private hospital”.