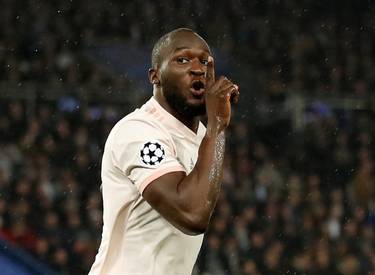 Manchester United have shocked the world of football by defeating a star-studded Paris St Germain, PSG, side in the last sixteen of the UEFA Champions League.

Manchester United went into the game on the back of a 2-0 loss at home to PSG, with all hope seeming lost.

However, one man believed they could spring a surprise when they travel to Paris for the second leg.

That man is Manchester United manager Ole Gunnar Solskjaer who was confident due to the fact that the club had done such so many times, especially in the 1999 UCL final which the team won from behind after he provided the winner.

“Of course, everyone knows that we can do it, we have done it – and the results in Champions League in the last few years show that,” Solskjaer said at the Parc des Princes.

“I don’t want to call it strange, but last year Juventus lost 3-0 at home against Real Madrid and suddenly they were 3-0 up after 90 minutes against Madrid away.

“The year before that, PSG against Barcelona. We all remember those results. So, there are so many examples of teams who can change results like this.

“Also, as a club, we’ve done it so many times. The players have been fantastic away from home, beaten Chelsea, Arsenal, Tottenham, which has given us the belief we can do this as well, Solskjaer said.

The game kicked off with United getting an early goal by Lukaku after a mistake from Silva. PSG however equalized through a Di Maria effort who caught Bailey sleeping in defence.

A superb strike from Rashford provided a second goal for Lukaku after Buffon fumbled at the goal post.

At the 89th minute, VAR gave Manchester United a penalty which was converted by Rashford.

The match ended 3-1, 3-3 on aggregates with United qualifying based on away goals.

The English side now move through to the last eight of the Champions League after an unbelievable night.