The man has now dragged the woman and her alleged lover to the
dreaded Okija shrine in Anambra State, Nigeria. 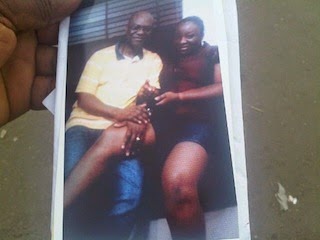 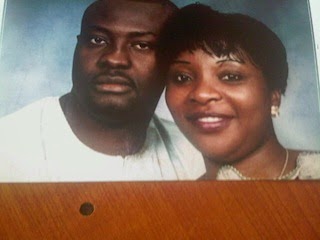 The
woman, Mrs Blessing Okpoko, who is a regional manager of a new
generation bank, reported the latest development to the Lagos State
Commissioner of Police, Mr Fatai Owoseni, who summoned to a meeting over
the matter.

Blessing informed the CP that her estranged husband,
Ifeanyi Okpoko, has taken further step by going to the dreaded Okija
shrine to report her and she has been summoned to appear at the shrine.

Ifeanyi
confirmed that he took her not only to Okija shrine but to seven other
shrines in Igbo land since she claimed that he did not contribute
anything to the acquisition of their property that is now the subject of
litigation.

He said he went to consult the oracles to decide and
punish quickly any of them and their supporters making false claims
over the property.
Ifeanyi said Blessing was using her position as a
senior bank staff to make some people believe that she owned their joint
property, adding that was why he decided to go the oracles so that the
truth would be established.

CP Owoseni, during the meeting with
them to resolve the issue, lambasted Ifeanyi and Blessing for their
conduct and wondered whether the couple had relatives and elders in
their communities that could not resolve the issue amicably.

On
Saturday, 12 August, suspected thugs were arrested and charged before
Isolo Magistrates’ Court for their alleged involvement in the pulling
down of a furniture factory in Ajao Estate.

The police at Ajao Estate division also arrested Blessing in connection with the demolition of the factory owned by Okpoko.
P.M.NEWS
gathered that the couple had been at loggerheads and had gone to a
Lagos High Court seeking for the dissolution of their 13-year old
marriage that produced three daughters.

The suit was still
pending at the court when the thugs invaded the factory kown as
Multicraft Interior located a 14, Alhaji Lukeman Atobajeun Street, Ajao
Estate, and pulled down the structure.

Properties worth millions of naira were also destroyed.

At
the station, Blessing told our correspondent that she contracted those
who went to demolish the place because the land was not in dispute and
as such it belonged to her.

She said she went to Alausa and
obtained the necessary documents for the demolition and that she has
documents which show that she owns the land.