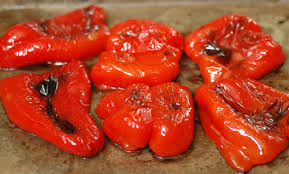 A
man, identified as Chibuike Onwuchekwa, inflicted injuries on his
housemaid for failing to fill two water containers at Umuga Ovom in
Obingwa Local Government Area of Abia State.
According to
eyewitness report who spoke to Vanguard, Onwuchekwa and his wife had,
last Sunday, sent the young girl (names withheld) to fill two water
containers in their house from a nearby borehole, while they left for
church service.

The
couple returned from church to discover that the girl, aged about 10,
was unable to fill the two containers before the borehole owner closed
shop.
Onwuchekwa
beat the girl, leaving her with injuries, locked her up and left for an
event with his wife, despite the pleas from neighbours.
A
resident of the community, who gave his name as Nkem, said they decided
to invite the Police when the girl escaped from the house to inform them
that Onwuchekwa poured a mixture of salt and pepper on the injuries he
inflicted on her during the earlier beating.
He disclosed that the
girl had suffered several of such beatings from Onwuchekwa. In one
instance, when she was accused of theft in her school, he beat her even
though she was absolved of the accusation by her teachers.
Contacted, the Police Public Relations Officer, Abia State Command, DSP Geoffrey Ogbonna, said he was not aware of the incident.
However,
a senior Police officer at the Eastern Ngwa Division confirmed the
incident, adding that the girl is receiving medical attention.