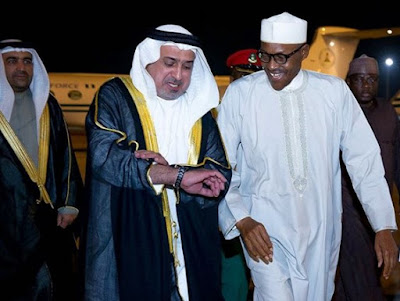 During the elections, President Muhammadu Buhari is top on his
three-point agenda is corruption, before the issues of economy and
security. And he’s working hard to achieve them accordingly.

The UAE government has releases list of Nigerian politicians with properties in Dubai, Abu Dhabi.

President Muhammadu Buhari’s agreement with the United Arab Emirates to
help recover stolen money have yielded quick results as the UAE
government has released names of Nigerian politicians who have big
properties in the oil rich country.

Several big men and women who served under ex-President Goodluck
Jonathan had several businesses and properties linked to them in Dubai
and Abu Dhabi.

See names on the list that was released below…
As reported by SR, Governor Ayodele Fayose owns a house in Dubai.

Senate Minority Leader and former Akwa-Ibom governor has a plush home in Dubai linked to him.

Former Bauchi governor, Isa Yuguda has a property in Abu Dhabi where he is currently hiding.

Former ‘Chief Servant’ of Niger State, Babangida Aliyu has a property linked to him in Dubai.

Former Aviation minster, Femi Fani-Kayode has a property linked to him in Dubai.

Former Minister of Transport Idris Umar owns a property in Dubai where he is currently hiding.

Former minister of state for finance, Bashir Yuguda who is currently on trial has two houses linked to him in Abu Dhabi.

Former minister of Petroleum Resources, Diezani Alison-Madueke has several businesses linked to her in the UAE.